A new role for Alastair

Jennifer Chou at the TUC organ Toorak Uniting Church will take to the world stage in May when it joins celebrations to mark the 850th anniversary the Notre Dame Cathedral in Paris.

By Penny Mulvey I hadn’t seen the movie or read the book since I was a child.

By Heather Gallagher Queenscliff Uniting Church is one of a growing number of churches throughout Australia reinvigorating the Stations of the Cross as a community art event.

Hannah Rate (pictured), a member of Koornang Uniting Church, Murrumbeena, is the Synod of Victoria and Tasmania’s first recipient of a $1500 Joan Stott Uniting Church Adult Fellowship (UCAF) bursary for study in 2013.

While some may baulk at the cost of seafood, few realise the price paid by some of the poorest and most vulnerable people in the world.

As Australians battle multiple natural disasters throughout the nation, Frontier Services staff are doing what they can to stand beside people and lend a hand.

The Church: A community of re-membered criminals…a reflection on Luke for Lent

‘Baghdad Christ’ by Wes Campbell was painted at the time of the attack on that city with ‘shock and awe’.

Young leaders By Bethany Broadstock “‘Beloved,’ said the Glorious One, ‘unless your desire had been for me you would not have sought so long and so truly. For all find what they truly seek.

All hands on deck

Rona Russell is a Samoan member of the Frankston Uniting Church. She maintains close contact with Samoa. In September 2009, a tsunami devastated the southwest coast of Upolu.

Review by Penny Mulvey The latest offering from the Melbourne Theatre Company, Constellations is a riveting attempt to create a visual representation of the controversial string theory of quantum physics. 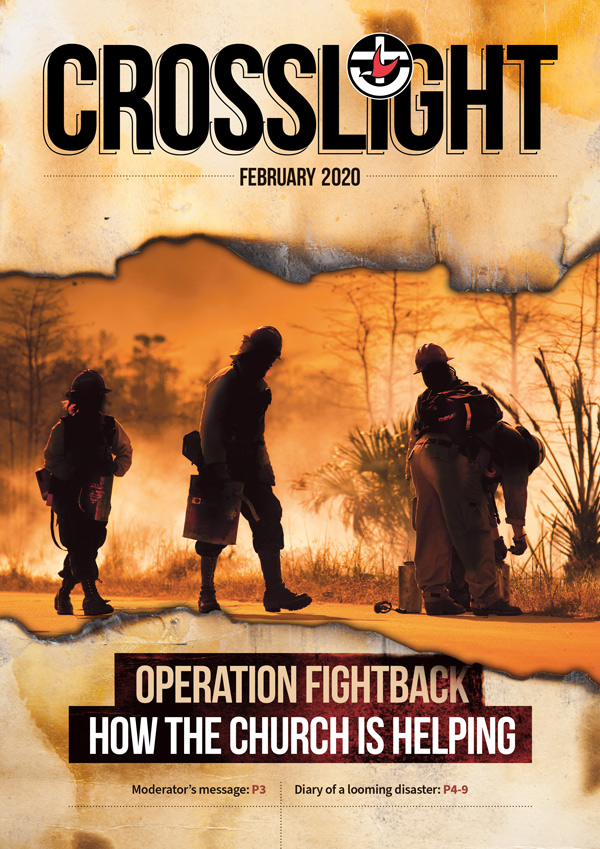