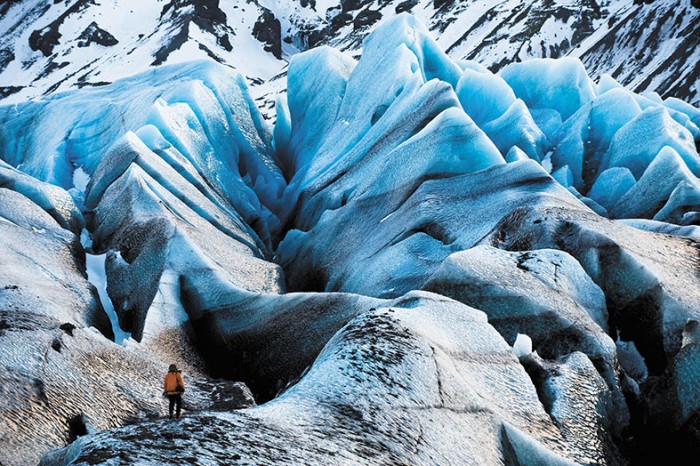 A scene from Chasing Ice

A community film night recently raised $10,000, enabling Queenscliff to become the latest Uniting Church to install solar panels. After years of discussion, the congregation invited the broader community to attend the Chasing Ice film night at the launch of its Pay for a Panel appeal.

Community development worker Heather Gallagher said the church spaces were well-used by outside groups, including yoga, Probus and the Queenscliff Historical Society, as well as hosting church gatherings.

“The church is a much loved community asset,” she said.  “Even so, we weren’t sure whether we’d raise the full amount needed for 20 panels. But the response from both the congregation and the broader community was amazingly generous – everyone wanted to make their contribution.”

Outreach team member Richard Evans recommended the film – a documentary following environmental photographer James Balog’s Extreme Ice Survey.
In the film, Balog begins as a climate change sceptic. But as his journey progresses he is confronted by undeniable evidence of the changing planet.

The idea for solar panels had been on the agenda since 2011 but after the church won a free energy audit with EcoMasters last year, it became a priority. The church won the audit in a competition run by the Uniting Church’s Commission for Mission.

The Commission for Mission’s Uniting to GREEN program is now trialling energy audits in an effort to increase energy efficiency in churches and UnitingCare agencies.