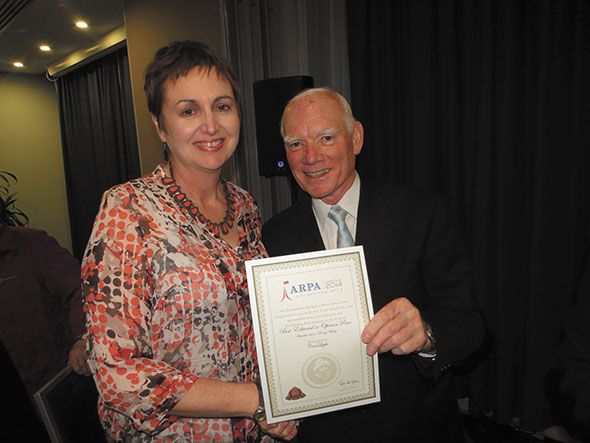 The contribution of Crosslight was recognised at the 40th annual Australasian Religious Press Association conference in Canberra last month. Our publication won the gold award for best editorial. ‘Australia’s shame’, written by executive editor Penny Mulvey, was described as a “powerful, topical, and well-researched piece”.

Keynote speaker, Mark Sayers, senior leader of Red Church in Melbourne, and co-founder of Uber Ministries, affirmed the role of Christian media. He told the gathering of writers representing Christian denominations across Australia and New Zealand that their role is to make connections and to tell stories.

The influence of the image is apparent in terror tactics of the Islamic State – capturing acts of atrocity on video which are posted online to be spread virally across the world – feeding fear and pushing international response. It is seen in reality TV, in our age of consumption and obsession with physical appearance.

It is understood by those under 30 and a little bit foreign to the rest of us.

“You are people committed to the written word to expound THE Word to counter the image,” Mr Sayers said.

Being in Canberra, the conference also had a political flavour. Four press gallery journalists engaged in a panel discussion, encouraging the religious media to reject the secularisation narrative.

Paul Osborne, senior political writer at Australian Associated Press said it was not about bombarding people with answers, but reflecting people’s questions and doubts.

He claimed that there was still a high confidence in the Church’s mission and role as an institution.

Chris Uhlmann, of the ABC AM program, said that people are crying out for leadership with values that are well defined.

A former seminarian, Mr Uhlmann said there are few more powerful than the life, death and resurrection of Jesus Christ.

“God would choose to be human…remember the Bible went viral!” Mr Uhlmann said to an enthusiastic audience.

The most senior political reporter of the gathering, Channel Ten’s Paul Bongiorno, said most of the key questions that people ask are of a religious and life and death nature: Who am I? Why am I? How am I? What is my being?

Managing Director of the ABC Mark Scott addressed attendees before the awards dinner. He spoke of the increasing challenges faced by journalists, particularly those in the independent press. He encouraged ARPA members to continue the work they are doing, noting the value of alternate voices in the public space.