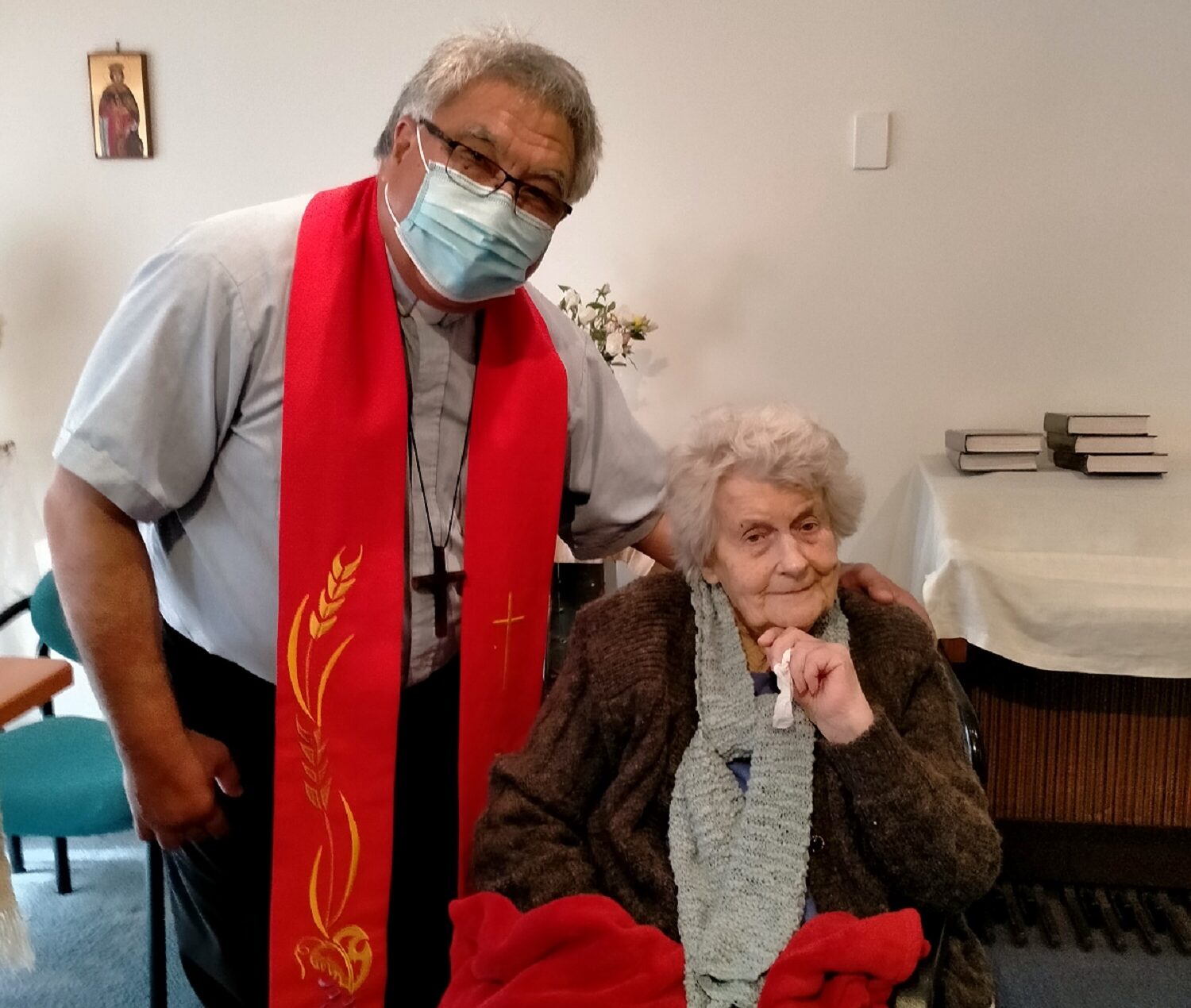 Rev Sani Vaeluaga has done many wonderful things in his time as a Minister, but one of the most memorable occurred recently when he fulfilled a 101-year-old woman’s dearest wish.

On May 20, Sani had the remarkable honour of baptising Lara aged care resident Evelyn (Eve) Crumpton.

Sani and Eve’s pastoral carer, Beryl Kenny, conducted the baptism, while her family was also there to witness the special event at the Costa House aged care facility, where Eve lives.

Not surprisingly, Eve’s baptism broke new ground for Sani, who was only too happy to play his part in such an important occasion.

“It was certainly a first for me, I have never baptised anyone over 100 before, so it brought a whole new dimension and aspect to baptism and was a one-in-a-million experience,” he says.

“I think it’s an incredible story and, from what I heard from the family, it seems there were circumstances that meant she couldn’t be baptised as a child.

“But, you know, she still had that dream and that hope with her, and it goes to show that it doesn’t matter how old you are, if something is so significant and important to you, the right time and opportunity will come along.

“It was such a privilege to be able to share it with Eve and it’s certainly one of the most memorable things I have done in ministry life.

“(There is a great message around this) for not only Eve, but her family and the church, in the sense that in faith and hope it is never too early or too late to celebrate such an occasion.”

Eve was born in the United Kingdom and married Raymond in 1943 and they had three children, Wendy, Susan and Paul, before moving to Australia in 1952 and settling in Lara.

Ray died in 2013 and, although her eyesight has deteriorated in recent years, Eve maintains good health. She now has eight grandchildren and 12 great-grandchildren.

While COVID-19 restrictions meant Paul and his family, based in Queensland, were unable to attend, Wendy and Susan and son-in-law George were able to share in the special occasion.

When asked how she felt after the event, Eve said simply: “I felt at peace.”