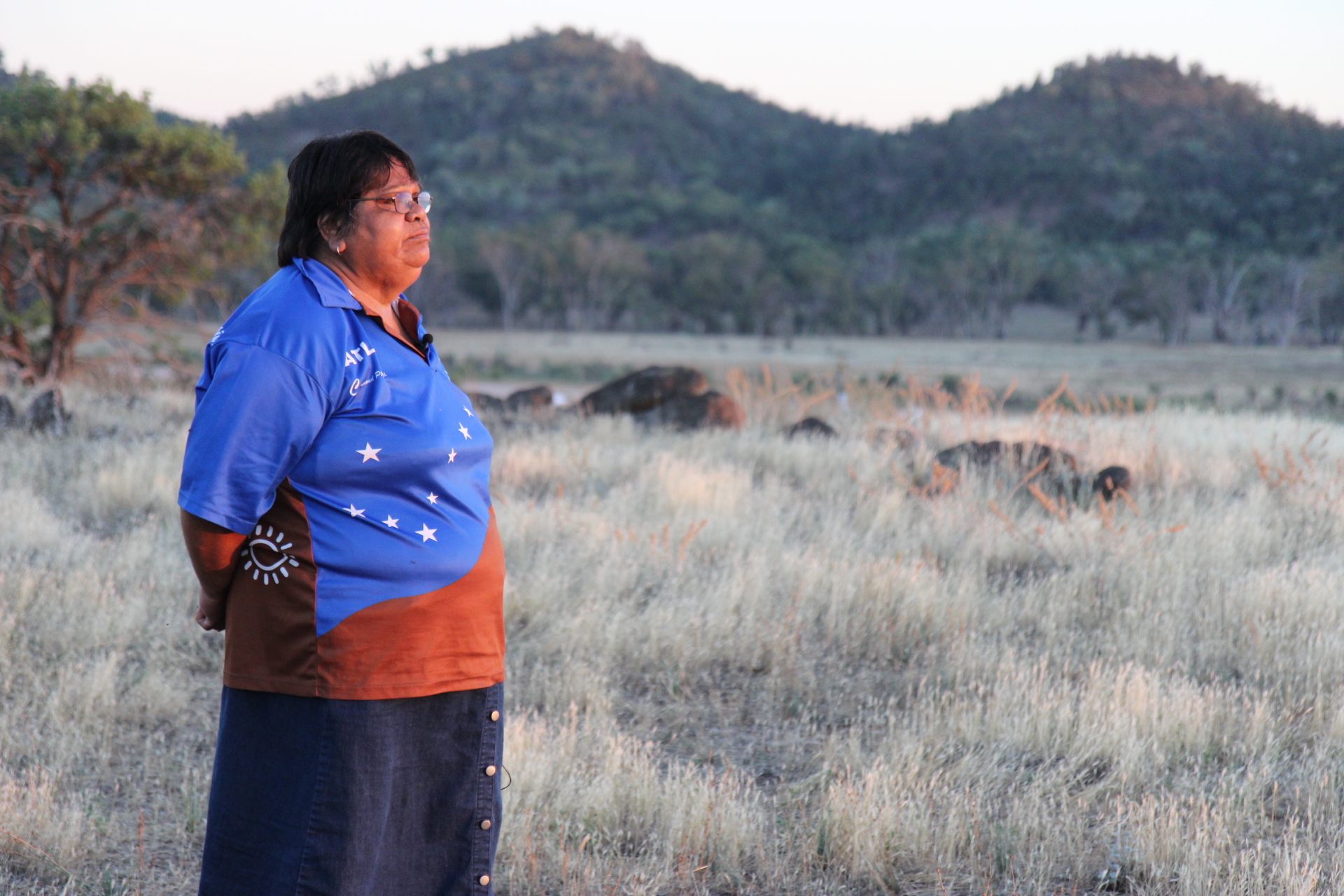 Aunty Rev Denise Champion says Australia has a “beautiful history” she hopes we, as a nation, will one day uniformly embrace. National Reconciliation Week is a time to reflect on where we’ve been, where we are and, more importantly, where we are headed.

What does Reconciliation Week mean to you?

Reconciliation Week is all about truth telling. It allows the truth to be told. Sometimes, things will happen that will make us stop and listen to the truth. If we are not listening to the truth, other things will continue to happen.

And Aboriginal people know there are these things which have happened that have changed the way in which we can relate to one another. Things like the (revised) Preamble for the Uniting Church in Australia; that was a watershed document for us. There was truth telling in it. Also, it gave the opportunity for Second Peoples to say they were part of the problem – and that they were sorry. There was the apology in it.

We seem to be able to remember the “war stories” very well, but we still have amnesia about what happened to Aboriginal people. People just want to hear what is pleasant, not the truth.

It’s your history and it’s your responsibility, each Australian, to know who you are. Most of Australia is built on the “ocker” image and colonial past and that’s the only story (Second Peoples) kinda know. It’s pretty sad. And they don’t want to dig any deeper or go any further.

Lying underneath, you’ve got all this beautiful history, beautiful stories of the land and how Australia was formed.

What could reconciliation look like between First and Second Peoples?

You’ll know how reconciled the Australian community is if you have truth telling and empathy. You can always find the things that divide, but uniting (also) doesn’t mean conforming. You don’t become like cookie cutters on a conveyor belt, all the same. It’s actually the difference that makes the difference. So, when we can embrace everyone’s differences – and you may not agree with the way other’s live – but at least find some commonality with them so that you can live in unity with them.

So, a reconciled community will allow freedom to retrieve what’s been lost and we should already have a treaty. I don’t know why the government is not giving us a treaty. Of the countries we know of that were colonised by the British, especially our close neighbours in New Zealand, they have a treaty with the First Peoples.

I don’t want to ask for a treaty anymore because we keep getting knocked back. The Uluru Statement from the Heart was a very profound document. It came after much thinking from Aboriginal leaders and yet, our Prime Minister didn’t even give it a second thought. He just said no straight out.

Why is a treaty so important to reconciliation?

In this modern day and age, you don’t have to be a rocket scientist. We don’t really have to spell it out what ownership means to people. This land was stolen. First Peoples were prior owners.

(First European settlers) came out and saw ‘nothing’ with their Western eyes. All they saw was lots of land and trees and they couldn’t see anything or anyone else. They immediately claimed it Terra Nullius – belonging to no one. They couldn’t see nice little white picket fences or brick buildings, but the brush dwellings were there, that Aboriginal people lived in. They were always there.

It’s not about the Aboriginal people getting over it and learning to live like everyone else.
You can imagine that if you were wronged to the point of massive things like taking your kids and raping your women, you know you’re not going to forget that in a hurry. You’ve got to be able to process that.

My hope is that all Australians will begin to learn their true Australian identity. Learn Australia has a black past, and we have to embrace who we are fully, as a nation.

“We always need to hear the message that we are a reconciled community and we can live together, but that means embracing one another’s stories. That means we make time to hear other people’s stories too. I’m thinking of Multicultural Week and people who are “second generation” – they sound “Australian”, but they don’t look “Australian” – and we need to let them tell their story.

It’s not just about the black/white, Aboriginal/non-Aboriginal. It’s about being free to accept anyone who is different from us.

Do you have hope for reconciliation in Australia?

Yeah, there’s always hope, but you’ve got to know the true story. Australia has a real chance of building a community of peace. We are going a long way to it by being a multicultural society; we are able to embrace people from other cultures. But we must embrace the First Peoples first. We still don’t do that well enough.

A lot of Aboriginal people have given up. They can’t see any way forward, but I love the trilogy of The Hobbit because in that little story is a great message of hope. When Sam and Frodo are at the base of the mountain and Frodo’s strength fails him, Sam says to him: “Well I can’t do it for you, Mr Frodo, but I can carry you.” So he picks up Frodo and starts to carry him to the top of the mountain. That’s as good a picture of empathy as I can think of – someone who will pick you up and carry you through the hard times, until you are able to regain your strength. They are the kinds of communities we should have. We need to work towards building communities that are “helping communities”. It’s when you start seeing goodwill towards those who don’t have anything, that’s the test of a true reconciled community, I reckon.

During Reconciliation Week and beyond, what is it like for you to share your Christian faith with First Peoples in your community?

It makes my job very difficult as a minister because I have to go to my people – the Aboriginal people I am responsible for in my community – and still be able to speak the gospel of peace to them, telling them about Jesus. But the community folk still hold the church accountable for working side-by-side with government policies.

I’m not sure how damaging that period (Stolen Generation) has been, but I think there are a lot of Aboriginal people who just don’t want to talk about it. It’s too hard, with good reason, because they were traumatised as children. Just being taken away from their mum and dad, that’s trauma enough. Never being allowed to play with your own brothers and sisters. So, it’s very hard for me as a minister to go to them and say ‘God loves you’.

I do it because I do believe (and) I use my Indigenous thinking around matters of faith. I trust that, because it’s been around a lot longer than 200 years. I trust Aboriginal spirituality that has been in this country as long as the First Peoples have been here.

The same Creator that formed the mountains and the hills and the rivers and the valleys is the same God that is still here now, that gives people freedom.

Auntry Rev Denise Champion is an Adnyamathanha woman who, in 2015, became the first Aboriginal woman to be ordained in SA. Denise is a minister in the Uniting Church in Australia, placed with Uniting Aboriginal Islander Christian Congress.

This is an edited version of a story that was first published in Eternity News.