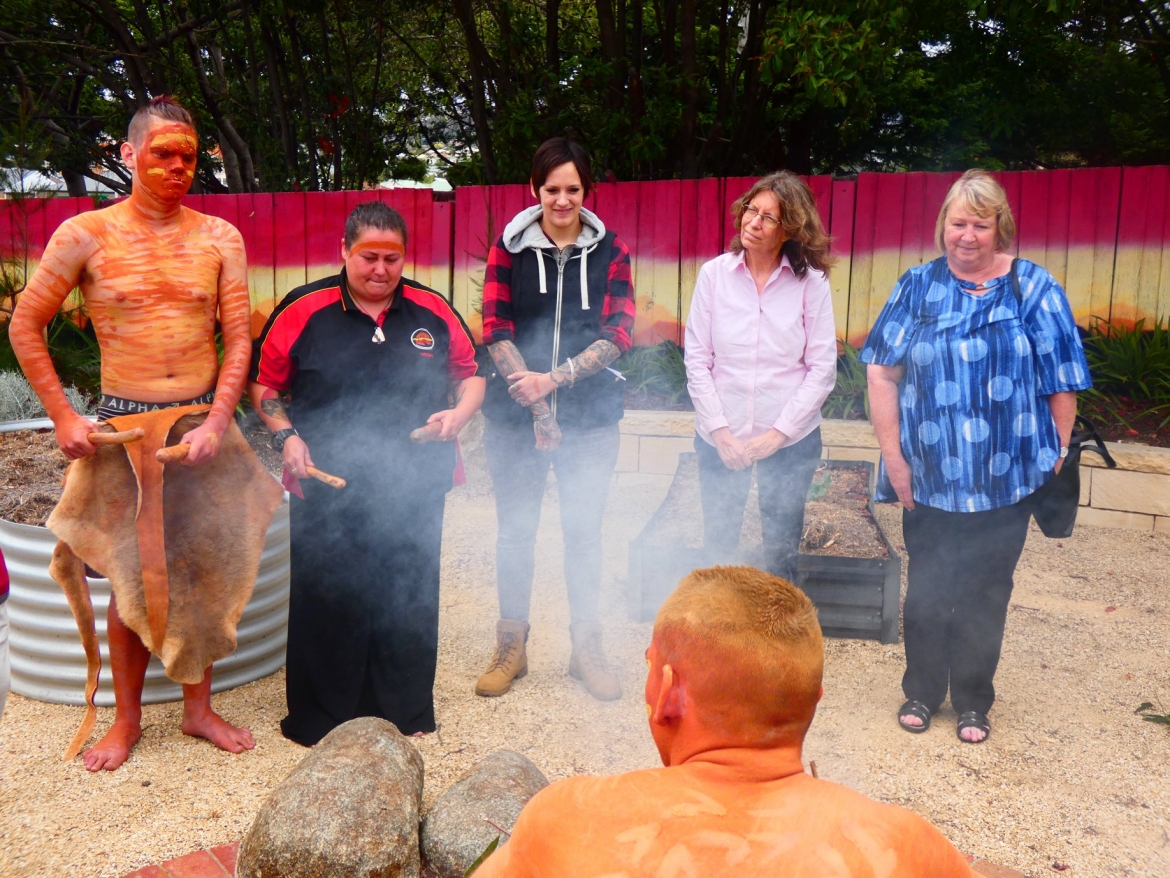 Dr Deidre Palmer (4th from left) at the Leprena event.

The President of the Uniting Church, Dr Deidre Palmer, has joined other church leaders in calling the Federal Government’s failure to meet its own goals on reducing First Peoples’ disadvantage “a serious humanitarian crisis”.

In delivering the annual Closing the Gap report, Prime Minister Scott Morrison told Federal Parliament on 12 February that five of the seven targets to improve the life prospects, health and welfare of Indigenous Australians were not on track in the expected timeframe.

“After more than 10 years of Closing the Gap, it is time to turn rhetoric into real action that empowers First Peoples and delivers lasting benefits,” Dr Palmer said.

“Much deeper and sustained efforts are required if real reform and lasting change is to be achieved.”

Dr Palmer, who was attending a First Peoples’ cultural gathering at the Leprena Centre in Hobart, welcomed Mr Morrison’s commitment to “do things differently” based on a “true partnership” with First Peoples.

However, she said there appeared to be a continuing reliance on top-down measures, such as the proposed expansion of the cashless debit card and the use of punitive interventions that disproportionately targeted unemployed First Peoples in remote areas as well as the Government’s refusal to contemplate a Voice to Parliament.

Two of the failed targets announced by Mr Morrison were closing the gap in Indigenous school attendance and halving the gap in child literacy and numeracy.

“We’ve proven at Leprena that with a focus on cultural curriculum, personal growth, wellness and mental health support our young people will stay on till Year 12 and be ready to engage with the workforce or further education,” she said.

Rev Garry Dronfield, who is National President of the Uniting Aboriginal and Islander Christian Congress, said it was disappointing that after 12 years of Closing the Gap, First Australians remained the most disadvantaged of all Australians.

“The child mortality rates and life expectancy of Aboriginal people in our country are far too high, and the Government needs to do more to address this fundamental injustice,” he said.

“We intend to hold the Prime Minister to his word about partnership and listening, and we expect better outcomes for our people.”

UnitingCare Australia National Director Claerwen Little said that for progress to occur, there would need to be some fundamental shifts in policy and practice.

“Important inroads have been made over the past year in the decision-making structures and processes regarding Closing the Gap, and we commend the shift in the way governments are working with First Peoples,” she said.

“If we are going to bridge the gaps in outcomes, it is vital the Federal Government works with First Peoples in a genuine partnership across all key areas of policy, including health, justice, employment, housing, disability, and children and families.”