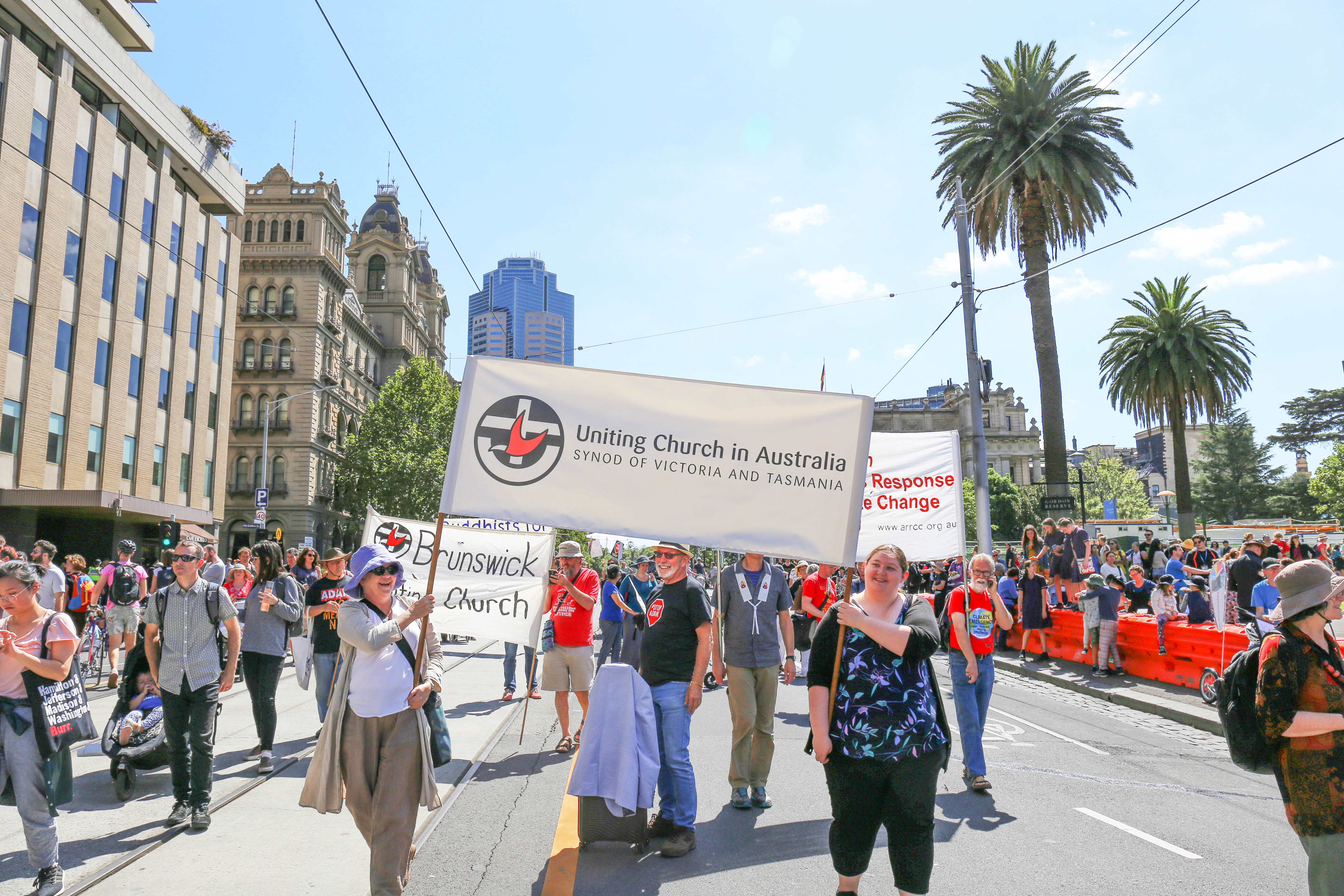 “We are passionately committed to contributing our voice and action toward a world in which all people, creatures and the Earth can flourish,” Dr Palmer wrote in her call to action.

Even if they can’t take part in a march or rally, UCA members are invited to register their support for the Climate Strike on UnitingWorld‘s website, which will also direct those who can participate to local events.

Those marching are encouraged to carry a UCA logo or placard to gather together Church members and to take photos of the group to share with the Assembly and their Synod.

As resolved at the last Assembly meeting and reinforced by a statement issued from the recent President’s Conference held in Fiji, the UCA is asking for policies which support 100 per cent renewable energy generation by 2030 and net zero emissions by 2050.

The Church is also calling for no new coal, oil and gas projects to begin in Australia and for there to be a just transition and job creation for workers in industries impacted by climate change.

You can read the President’s invitation here:
Dear Friends,
I invite members of the Uniting Church in Australia and all who share in our hope for the healing of the Earth, to take part in the Global Climate Action on September 20, 2019.
The Earth is created by our good and generous Creator. We are connected to the Earth and are called to live with care and respect toward the whole Creation. In the Scriptures and in our present context we hear Christ’s call to participate in Christ’s renewal of the creation.
Climate refugees, widening deserts, polluted oceans, endangered animals and vanishing forests are signs of the suffering of our planet, and a cry for us to take compassionate action as disciples of Christ.
We are passionately committed to contributing our voice and action toward a world in which all people, creatures and the Earth can flourish.
We call on our Australian Government to enact climate change policy that recognises our contribution to the crisis facing our planet, and acts to effectively address the crisis and contribute to the healing of God’s Earth.
Grace and peace,
Deidre Palmer