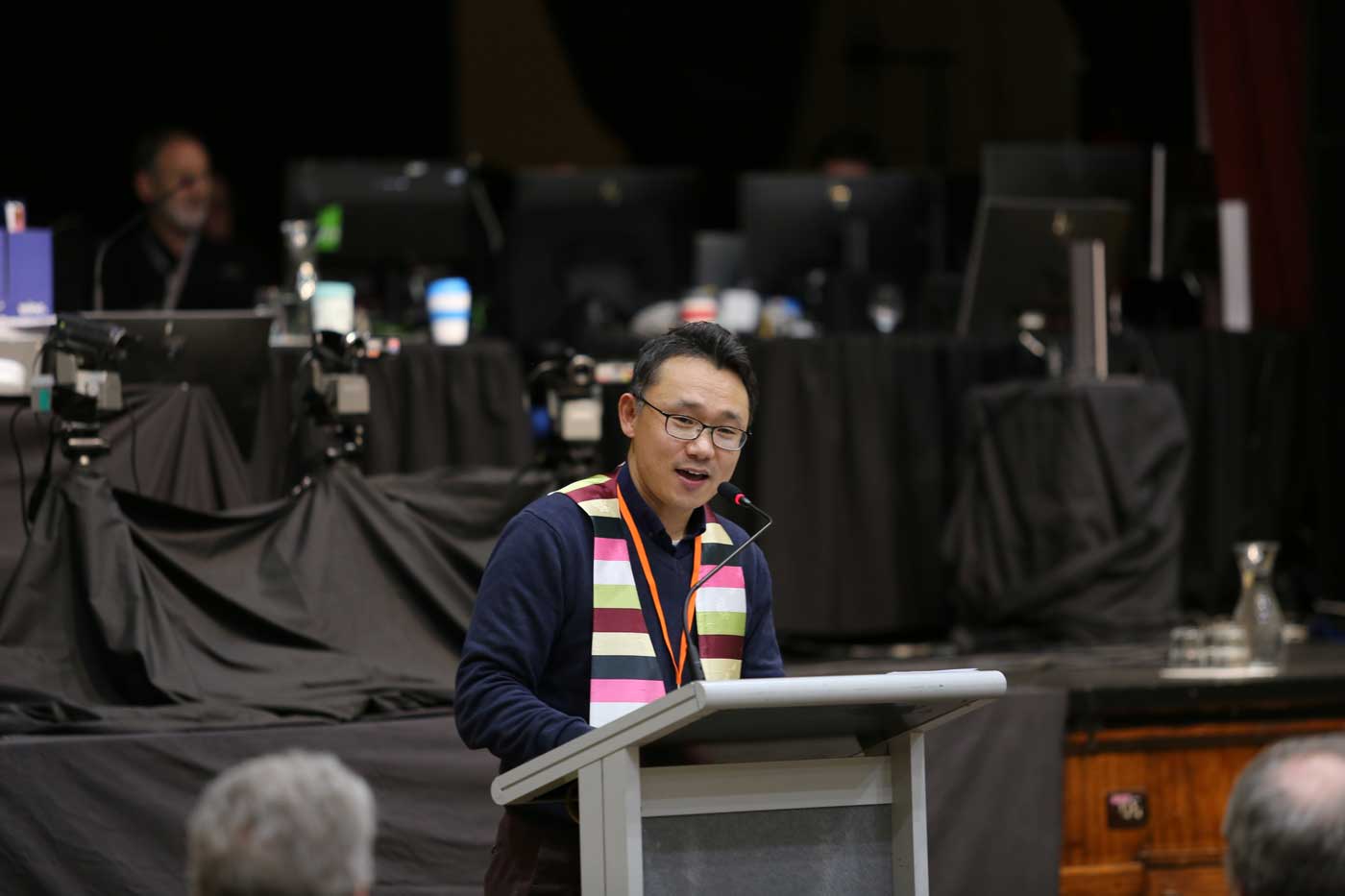 Today’s major order of business was to decide on the response to the Victorian Voluntary Assisted Dying legislation. Key points from the resolution included:

Moderator Rev Denise Liersch said afterwards: “The decision was made after a long period of careful consideration, discussion, and prayer.

“As followers of Jesus, we affirm that all human life is precious and has God-given dignity.

“We believe allowing voluntary assisted dying in our agencies, under the constraints of the legislation, is consistent with this belief.

“The Synod will prepare pastoral responses and resources that reflect the Synod’s decision.

“The Synod acknowledged that exploring, accessing, and conscientiously objecting to voluntary assisted dying was within the range of faithful Christian responses to the Victorian Voluntary Assisted Dying Act 2017.

“As outlined in the legislation, any individual in our agencies or Church members may act in accordance with their own conscience in this matter.

“I was impressed with the way in which the Synod members grappled with this issue openly, honestly and faithfully with its theological and practical implications.”

The other topic which generated much discussion was “Greater Inclusion of Adults Under 50”.

The proposal asked the Synod to resolve to increase the involvement of people under 50 years in the service, leadership and shaping of the Church.

Presenter Rev Susan Malthouse-Law said adults aged between 30-50 years had a variety of challenges and barriers that prevented them from leadership in the Church.

“We need to acknowledge that whilst the Church has sought to encourage young people, it has failed to maintain its encouragement and inclusion of people in Church processes once they pass the threshold of being ‘young’,” she said.

“This proposal does not replace our commitment and need to seek full and further engagement from members under 30, but rather acknowledges the increased need to also intentionally

engage with adults beyond this age.”

The suggested target to work towards for the next Synod meeting was 30 per cent of members being aged less than 50 years.

A summary of the working group responses to the topic of “Changing Landscapes – Reimagining Property for Mission” was presented by facilitation group member Rev Rachel Kronberger.

Rachel noted the sense of “urgency” conveyed in the working groups’ comments and said they had responded with “energy, enthusiasm and momentum”.

She said some of the responses included:

After lunch, Carlynne Nunn delivered a minute of appreciation to those who organised and conducted Synod.

Carlynne noted that Denise had moderated with “gentleness, grace and with poise” and thanked general secretary Mark Lawrence for being “the voice of reason”.

“Thank you for the time, care and love you give to us,” she said.

Mark Lawrence then read out the names of those elected to the Synod Standing Committee, serving to 2022. They were Lisa Carey, Adara Liersch, Lindsay Oates and Ikani Vaitohi. Ron Gowland was elected to fill the casual vacancy until 2020.

The closing Eucharist was conducted by Rev Jong Soo Park.

To find out what happened on day three of Synod click here.