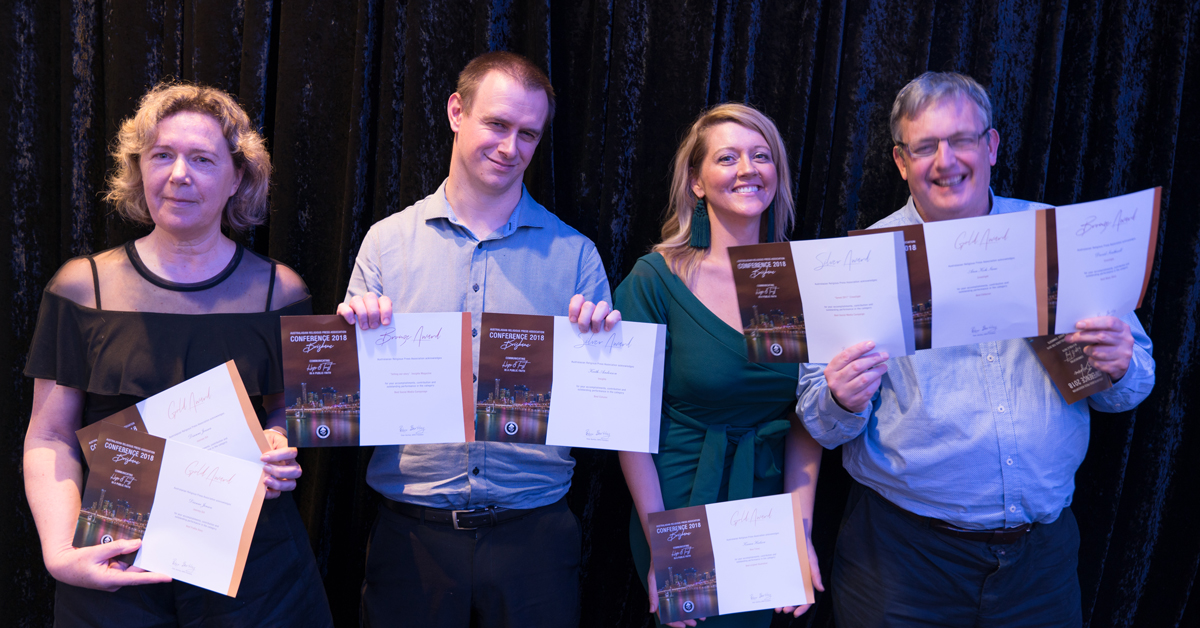 The annual awards, presented on 7 September, recognise excellence in religious journalism and publishing in Australia and New Zealand.

Rev Swee-Ann Koh’s article on racism in the church was awarded gold for Best Opinion/Editorial, with the judges commending the piece for its willingness to engage with a timely and difficult topic.

“Koh writes as one who has himself experienced racist attitudes within his congregation. This is a first-class editorial,” the judges said.

The Crosslight team won silver for Best Social Media Campaign for its work on the Synod 2017 meeting.

Communications officer Tim Lam introduced a number of new initiatives at the event, including a NewsBot that delivers breaking news to users’ Facebook messenger inbox and Facebook live streaming.

This is the second successive year the Synod of Victoria and Tasmania’s communications team has been recognised in this category, following a gold award last year.

“Without becoming overly sentimental the story details the effects of an Indian family’s efforts to avoid the deportation of the family’s aged mother and disabled sister, and the appeal by Moderator Sharon Hollis on their behalf,” the judges said.

Uniting Church publications from other synods were also recognised at ARPA.

The Salvation Army’s in-house magazine, Others, was awarded Publication of the Year, while the top prize of the night, the 2018 Gutenberg Award, went to New Zealand Baptist’s The Citation.

The 2019 ARPA awards will be held in Auckland.