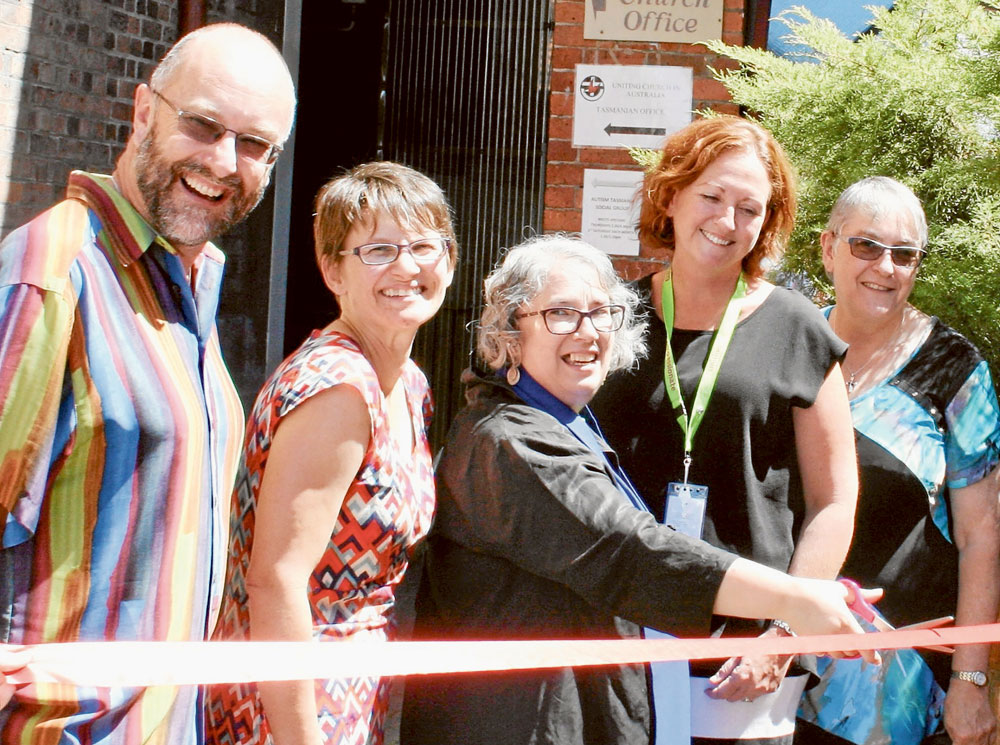 The Paterson St site is now home to a strong Uniting Church presence including the Pilgrim congregation, a child care service and the Northern Tasmanian office of community services agency Uniting. All are now co-located just one block behind the city’s Brisbane St Mall.

Ms Hollis said she was excited that the church’s engagement with the city would be undertaken from one site.

“Each has their own part to play in the life of the Church, but as a result of the presbytery move all will be able to contribute in their own way but from the same place,” she said.

Pilgrim Uniting Church minister Rev Rod Peppiatt used Romans 12: 4-5 to highlight that, while the Church has one body, it has many members with different functions. He said this is evidenced by the broad range of activities and services offered from the one place.

The presbytery office moved from the former Margaret St manse of the Launceston South Uniting Church late last year after the site was sold.

“One of the significant things about it relocating here, from Pilgrim’s point of view, is that it opens up a new perspective on the different ways it is possible for the Church to work together. We are beginning to see some of the richness in that,” he said.

He said he hoped the relocation of the presbytery office would encourage people to use Pilgrim’s Ida Birchall Library, which houses an impressive collection of scholarly books.

“I am hoping in time people visiting the presbytery will come earlier or stay afterwards and take the opportunity to visit the library.”