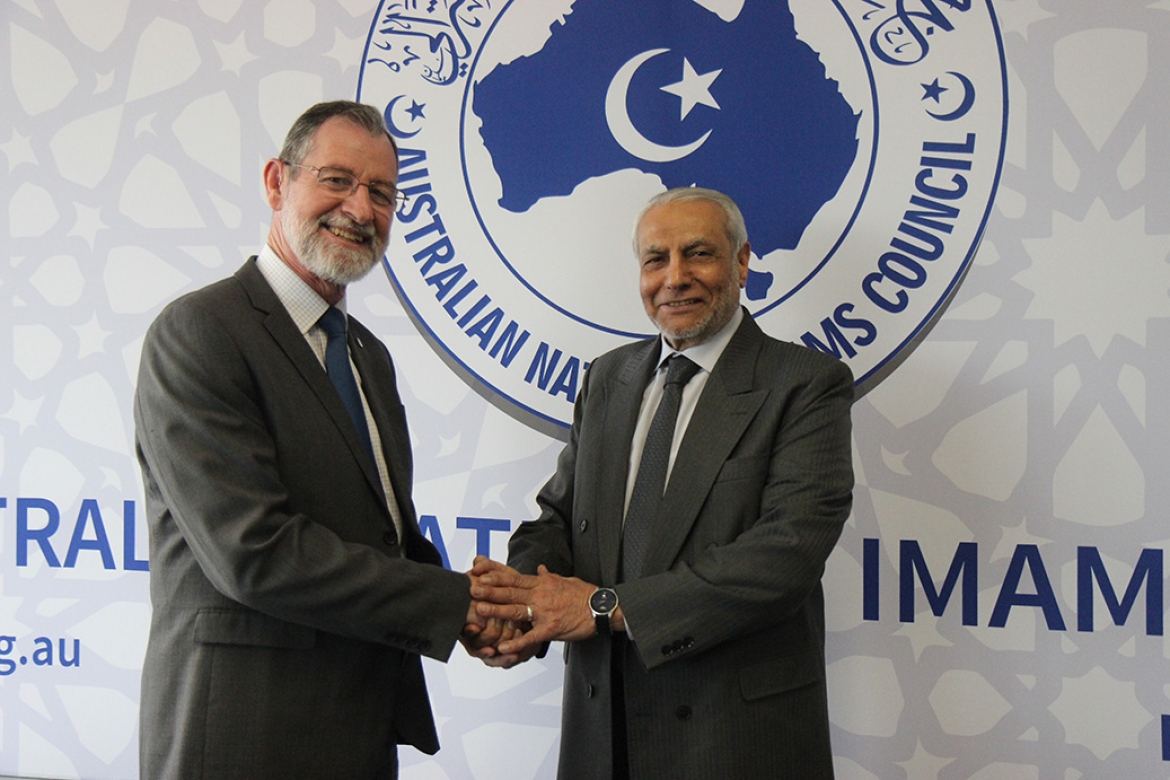 The President of the Uniting Church in Australia Stuart McMillan and the Grand Mufti of Australia Dr Ibrahim Abu Mohammed have joined together to issue a plea for love and prayer as a means to combat the deadly spread of extremist violence.

Dr Ibrahim and Mr McMillan issued a joint statement last week in the wake of last month’s horrific attack on the al-Rawdah mosque in Egypt that killed over 300 people and wounded over 100 who had gathered for Friday prayers.

The leaders said that people of faith needed to unite in a desire to end violence and suffering.

“As Muslims and Christians, we share a deep desire and hope for peace in our world. At this time, we call upon and join with people of faith and goodwill everywhere to pray for peace to prevail,” their statement said.

“We know that hate cannot drive out hate, only love can do that.”

“The more we see evil and hate perpetrating violence and death, the more we must embrace one another in love.”

The attack on the mosque, which is affiliated with the Sufi school of Islam, was calculated to inflict maximum casualties with bombs going off as Friday prayers were finishing and Islamic State gunmen stationed outside to indiscriminately shoot the fleeing worshippers.

“This terrorist attack that targeted innocent and devout worshippers during a time when Muslims were fulfilling their obligatory prayer ritual on Friday, inside a mosque, has undeniably demonstrated that terrorism does not have or belong to a religion,” Dr Ibrahim said.

“Many people around the world, in particular Muslims, have been victims of terrorism.”

Mr McMillan expressed the Uniting Church’s solidarity with the Muslim community in Australia, and globally, as they mourn this attack.

“I urge Uniting Church members to join with all people of faith in praying for those who lost their lives, for all those injured and for their families together with the people of Egypt as they come to terms with this act of violence,” he said.