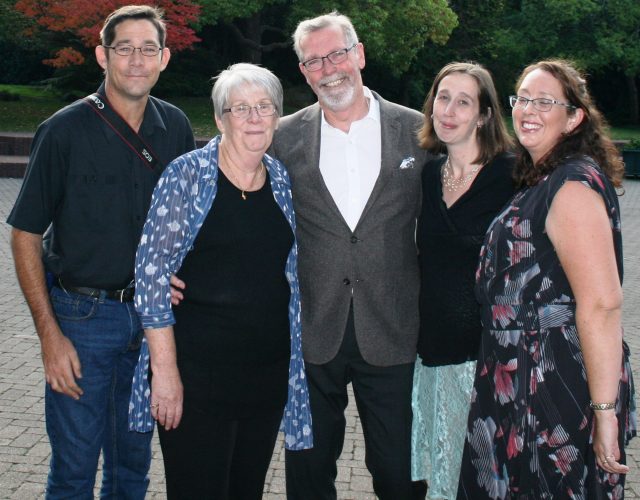 Carol Bennett may not be a Tasmanian by birth or upbringing, but she has certainly established herself as an ardent advocate for the Church in the island state during her eight years as the synod liaison minister (Tasmania).

Carol – who retired from the role last month – has been an important conduit between the synod and presbytery, often helping both parties to understand the uniqueness of each other and find ways of working together with a shared vision.

She was the first person to fill the role which was created following the retirement of Tasmanian-based associate general secretary Rev Allan Thompson.

Formerly the Queensland synod’s assistant general secretary, Carol said her previous experiences had prepared her well to deal with the diversity of the role.

Carol has played an important part in helping the Church in Tasmania to re-imagine itself in a time of change, something she believes has been assisted by the members’ willingness to not simply do things the same way.

She said congregations had always demonstrated a willingness to change, accepting it was essential.

“When I first arrived there was a good sense of community across the presbytery and there was an openness to doing things differently,’’ Carol recalled.

“But, at the same time there was a reasonable level of anxiety about what was happening in terms of decline.”

As well as strengthening the positive relationship developed between synod and presbytery, Carol has provided the leadership to ensure the presbytery team functions effectively.

“I have taken the time to help synod staff understand what life in Tasmania is like –such as the cultural differences and the legislative differences,” she said.

“In part, my job is about supporting and resourcing others to be able to do their job. It is about the ministry team, presbytery committees and it is about synod staff.

“The more each group understands the role of the other the more effective the relationship will be. Tasmania has been a synod, so  has an awareness of the responsibility which comes with that council of the Church.

“Sometimes that means Tasmania has specific ways of doing things which might be different from Melbourne but are just as effective.”

Carol’s vital leadership role is well recognised within Tasmania, even if she shies away from suggestions she will be hard to replace.

“It is always important for me to recognise that I am not indispensable and developing leaders is important,” Carol said.  She said she is leaving behind a church in Tasmania which is more robust but also more fragile than when she first arrived.

“More robust in that it is not as anxious about the future, as we see pop up faith communities, but more fragile with the decline and ageing in established congregations,” she said.

“But, there are groups exploring creative ways of being Church and we still have congregations faithfully maintaining the traditions of the Church.”

Carol said she was confident the Church in Tasmania was following its strategic directions in terms of being communities of reconciliation and forming leaders for a missional church.

She was delighted to see the presbytery’s relationship with the Uniting Aboriginal and Islander Christian Congress in Tasmania restored in recent months.

While disappointed that the former West Coast Patrol operated by Frontier Services had not been re-established prior to her retirement, Carol remains hopeful it would occur soon.

Carol is also confident that the presbytery is in capable hands.

“I am excited by the presbytery ministry team. They have such giftedness and are focused on new ways of being the Church.’’

She has spent some time in recent months preparing the presbytery for the change.

“It will be a period of transition for me and the presbytery, but the Code of Ethics and Ministry Practice is very clear about how we conclude ministry roles. I have worked to make sure the relationships that have been built are maintained by others,” she said.

Carol said her service of closure last month would have helped members look at her in a different light “particularly when it says that I will lay down this role and the responsibilities which go with it.”

Carol and her husband, Rev Colin Gurteen, will settle in Launceston following their retirement.

As for the future – travel is on the couple’s mind, but not in the short-term.

“While I have never resented the travel involved with the role it will be nice to spend some time with Colin and watch dust gather on my suitcase,” she laughed.

“We are looking forward to seeing more of Australia and spending more time with our hobbies.

“And I am looking forward to being able to read theology just for pleasure.”

Presbytery chair David Reeve praised the role Carol had played in the life of the church.

“We will miss Carol and are deeply thankful to God for the many gifts and graces she has brought to the Church in Tasmania,” he said.

“She has a mind which quickly grasps the issues we face, balanced by her empathetic understanding of the people involved.