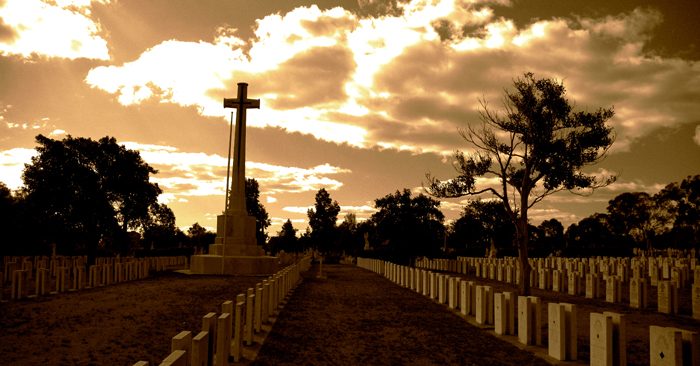 On Tuesday Anzac Day, prayers for peace will be held at St Paul’s Cathedral, for the third year running.

We will remember those who said no to war. As in the past three years, we will lament the carnage in which so many young people were killed. There is an irony in meeting in the Cathedral: as the prayers are offered, the sound of military drums and marching will be heard.

As we have prepared these prayers of lament for the killing fields so far from Australian shores, we have been made aware by the Australian historian Henry Reynolds of war fought on Australian land.

His recent books, The Forgotten War and Unnecessary Wars, are a shocking reminder of the dispossession of indigenous people as European invasion took place.

That is an uncomfortable truth. It also questions why Australians have been so ready to travel around the globe to fight in wars generated by imperial powers, the British Empire and now the United States.

Christians of all people are called to remember these things which are so easily forgotten. With Easter so close to Anzac Day we are brought face to face to the cross on which Jesus was killed by the Roman Empire. And to his call to be peacemakers.

This is particularly urgent this year as military attacks are being threatened or carried out internationally.

The following statement is included in the Order of Service.

This is a service of lament, repentance and hope on the centenary of the First World War. We will lament the destruction and waste of so many young men and women on all sides, the pain and anguish suffered by those who returned, by their families and communities.

This is focused in 2017 in recalling the slaughter of Passchendaele, Fromelles, and Pozieres, those who said no to war, the forgotten Aboriginal wars.

We will repent of the ongoing war and violence in our world and in our hearts, and hear again the hope of God’s gift of peace, given to us in the Crucified and Risen Lord, being lived out in many scenes of conflict.

We will honour the courage and self-sacrifice of all who fought in the First World War by praying for peace and doing all we can that makes for genuine peace, that young men and women may never go to war again.

In this time of heightened tensions, we especially pray that Australia and other nations will not be led into war again.

On this week’s Friday Forum: How can Christians respond to Jesus’ call to be peacemakers?