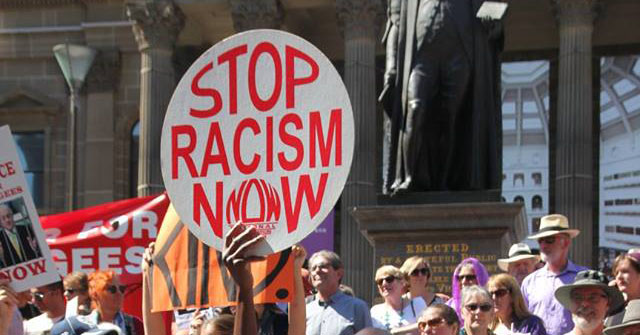 The Uniting Church has backed a move by the Victorian government to expand bystander training as part of a statewide campaign to combat racism in the community.

The campaign, launched on Sunday, includes a $1 million anti-racism action plan that focuses on tackling anti-Muslim and anti-Semitic behaviour.

The government’s plan includes measures to clamp down on commuters who racially abuse passengers on public transport, although it remains to be seen how this will be enforced.

The Respectful Relationships school curriculum will also be updated with new material to empower young people to challenge prejudice and discrimination.

April Robinson, the synod’s Interfaith Network Developer, has participated in bystander training and incorporated it into her work with Uniting through Faiths.

“Not only does it give people the courage to stand up and say something when it’s needed, but the workshops also help us to identify our own preconceptions and biases,” Ms Robinson said.

Ms Robinson helps run bystander training workshops as part of the Resilient Women against Bigotry and Racial Violence project. The workshops are a space where women who have experienced racially motivated violence are able to share their stories and develop skills to respond to racism they witness in public.

“I often hear stories from women who have been racially vilified in public places. Their anger and fear is often matched by a sense of bewilderment at no one having helped,” she said.

“Bystander training should be rolled out to school and workplaces.”

The rise of One Nation and other far right movements throughout the world has been accompanied by an increased backlash against multiculturalism. Recent polls suggest One Nation is on track to capture as much as 10 per cent of the primary vote in next year’s Victorian state election.

The state government campaign includes a television advertisement that seeks to reframe the debate on multiculturalism to emphasise the shared values that unite Victorians together.

The new Victorian Values Statement articulates a set of five values the state government expects all Victorians to uphold and respect.

In launching the campaign, Victorian Premier Daniel Andrews said multiculturalism is being challenged by political movements that promote intolerance for diversity.

“We are stronger for our diversity – but that doesn’t mean it’s always easy. In the face of extremism and fear, we need to reaffirm what is most important to us,” Mr Andrews said.

“I see this in part as a struggle between fear and hope. It’s important for the future of our community that hope wins,” Mr Scott said.

A new website was launched as part of the campaign featuring stories of Victorians from migrant backgrounds and their contributions to the community. Members of the public are invited to share their story on the website as a short 30 second video, audio recording or text.

The Carlton Church of All Nations will host a forum on multiculturalism in Australia on 5 March. The forum will explore Christian perspectives on multiculturalism, with a particular focus on identity and hospitality. More details are available on their website.

One Response to “Standing up for tolerance”