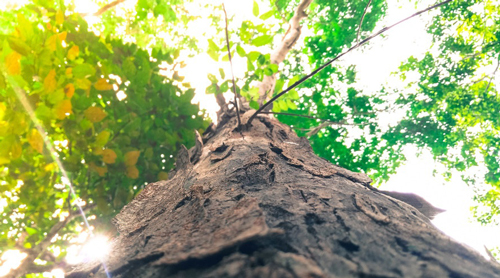 This year is on track to become the hottest year on record, but World Council of Churches general secretary Rev Dr Olav Fykse Tveit has a message of hope for Christians concerned about the growing  impact of climate change.

Dr Tveit invited all 500 million Christians from the 348 WCC member churches to join in the World Day of Prayer for the Care of Creation on 1 September.

“As Christians we have hope. We believe God does not abandon creation, that we ourselves can become beacons of hope by sowing the seeds of a future filled with justice and peace,” Dr Tveit said in a video message.

The Uniting Church in 2009 released its An Economy of Life statement, which called for a reimagining of the world’s social and economic systems to prioritise human and ecological wellbeing ahead of profits.

This call was echoed by Dr Tveit, who said alternate indicators of growth are needed to measure the health of communities and ecosystems.

“We are living in a world obsessed with economic growth, a world where everything has a price tag. It’s time for us to affirm that creation is not for sale,” he said.

“We need to change drastically the way we produce goods, the way we organise trade and operate in the financial system. It implies significant changes in our consumption patterns and our lifestyles, how we use and how we steward the resources of creation.”

The Orthodox Church first proclaimed 1 September a Day of Prayer for the Care of Creation in 1989 and churches from other traditions have since joined in, including the Anglican Church in 2012 and the Catholic Church in 2015.

The first day of September also marks the start of the Season of Creation, which will run until the Feast of St Francis of Assisi on 4 October. St Francis of Assisi is known for his affinity with nature and animals and many Uniting Church congregations host a ‘Blessing on the Animals’ service on his feast day.

The WCC has observed the Season of Creation since 2008. Together with ACT Alliance and the Anglican Communion Environmental Network, they are inviting member churches to take action by signing the ‘Act Now for Climate Justice’ petition.

Congregations who wish to hold environmental-themed worship services during this month can use the liturgical resources on the Season of Creation website.