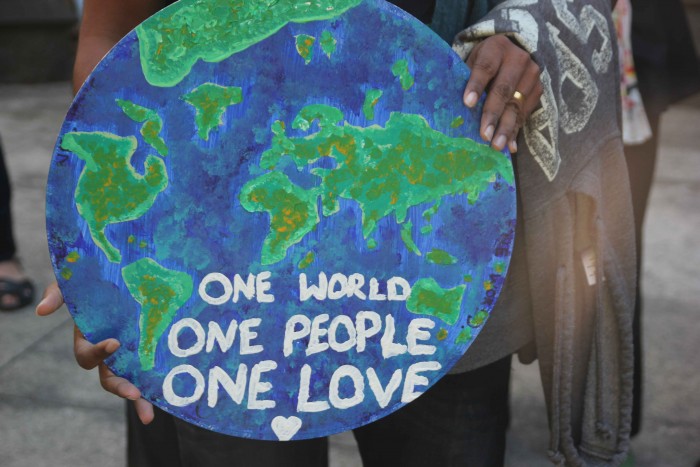 A scheduled $224 million cut in the May federal budget will see Australia’s aid contribution fall to 0.22 per cent of Australia’s GNI (gross national income) – its lowest level in history. It will also make Australia one of the least generous developed country donors in the world.

“Millions of vulnerable people around the world, suffering the effects of circumstances beyond their control, are now worse off because Australian aid is no longer reaching them,” Mr McMillan said.

“Bringing dignity and hope to those who are scourged by poverty, conflict and disaster is at the very core of our Christian calling and I am proud to stand with my ecumenical colleagues in making this important appeal.”

In an open letter addressed to Mr Morrison, the church leaders said the cuts will undermine programs which have a direct impact on people’s lives.

“Australia’s support for aid and the flourishing of our neighbours is fundamentally a moral question and it rises above partisan politics,” the letter said.

“We know that as a nation we put this into practice when we help our neighbours recover from natural disasters, support people’s basic human rights, assist in meeting the challenges of climate change or provide a safe refuge to those fleeing persecution.”

Last year, Australian aid helped respond to natural disasters in 15 countries, including the devastating earthquake in Nepal and Cyclone Pam in Vanuatu. It vaccinated more than 2.8 million children and provided safe drinking water for more than 2.2 million people.

However, the Coalition government has slashed a total $11 billion from the aid budget since coming to office. The Rudd and Gillard governments also made substantial cuts to foreign aid.

Australia’s declining aid expenditure is in contrast with the aid budget trajectories of other OECD (Organisation for Economic Co-operation and Development) countries. Britain has fulfilled its pledge of committing 0.7 per cent of its GNI to foreign aid, the internationally-agreed target. British Prime Minister David Cameron vowed that his government will never “balance the books on the backs of the poorest”.

The churches called on the Australian government to become a compassionate and generous neighbour again by restoring its commitment to Australian aid.

“More than ten million Australians identify with our churches. We are united by our belief in Jesus, who showed us what it means to ‘love our neighbour’,” the letter said.

“These cuts damage and undermine programs which have a direct impact on the lives, livelihoods, security and opportunity of many of our region’s poorest and most vulnerable people and communities, including women and girls and people with disability.”

Cuts to foreign aid are often regarded as politically expedient. Last year, more than a quarter of the federal budget savings were related to foreign aid, with funding to sub-Saharan Africa programs cut by 70 per cent.

Cuts to aid will hurt the most vulnerable communities in the world. Australia is a prosperous nation surrounded by many developing countries. Papua New Guinea, Australia’s closest neighbour, has the highest level of income inequality in the Asia-Pacific region. More than 60 per cent of its population do not have access to safe water. Approximately 37 per cent live on less than US $1.25 per day.

At the 14th Assembly last year, the Church encouraged congregation members to advocate strongly for increases in overseas aid funding. With the federal budget set to be announced on 3 May, there is still time to write, tweet, text or call Mr Morrison to reverse the cuts. The Campaign for Australian Aid website provides templates that you can use to shape your message.