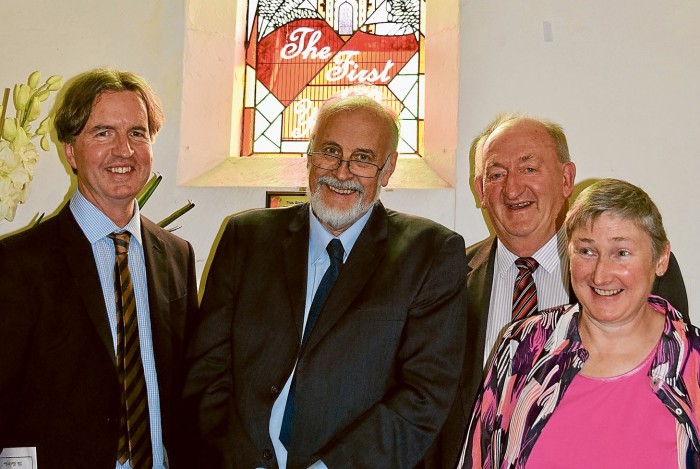 More than 120 people recently gathered to celebrate the 150th anniversary of the historic St Andrew’s Church at Bacchus Marsh.

A special church service, held in the morning with guest preacher Rev Professor Emeritus Christiaan Mostert, was followed by a lunch in the hall.

The occasion acknowledged the church’s rich history, firstly as a Presbyterian Church right through to the present day as an active and mission-driven Uniting Church.

The theme for the celebration was – “The First 150 Years” implying there is much more yet to come as the parish looks to the future.

Celebrations continued in the afternoon with community hymn singing and a piano performance by congregation member Benjamin West.

A highlight of the 150th celebrations was Moderator Dan Wootton unveiling a new stained glass window commemorating the first 150 years of St Andrew’s.

The window was donated by Barry Wilkins (convenor of the celebrations) and his daughter Jayne in memory of their youngest daughter and sister Sally Wilkins who passed away 12 months ago.

The window, created by Geoff Butler (Mr Leadlights in Ballarat), was a collaboration between Mr Wilkins and local artist Ross Adams.