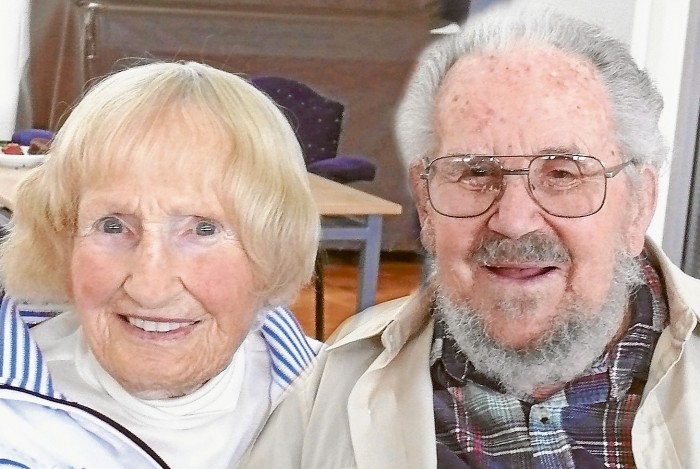 The club was formed in 1915 at the Davey Street Congregational Church and was originally known as Davey Street LMS (London Missionary Society) Girls Association.

Secretary-treasurer Denise Bower said members were dedicated to keeping to the spirit of what the club was formed to do – to keep God at the centre of all activities and to be his hands in helping those in need.

Over the years, a variety of items have been made by members in line with known needs, both locally and overseas. Included have been bandages for those suffering leprosy, knitted children’s clothing for orphans in Romania and trauma teddies for displaced children.

To finance the club’s activities in the early years, members and friends held slide evenings, catered for functions, provided flower arrangements for weddings, held bring-and-buy sales and collected large quantities of newspapers to sell to freight company IPEC.  Currently, the club funds its activities through trade tables and donations.

Denise paid special tribute to four long-serving members – Sue Hutchinson, Kath Korn and sisters Margaret and Gwen Crocker, who have both passed away – who joined the club during its Davey St days.

Sue has been involved for over 45 years and was granted honorary life membership this year and 92-year-old Kath still works for the Mission Club’s monthly trade table, as she had done for many years.

“Without her sales technique, the club would be much the poorer,” Denise said.

“Gwen was a gentle soul who served as secretary for 35 years and Margaret sewed, knitted, crocheted, cooked and held the office of treasurer and vice president.”

Margaret was 93 when she passed away in 2007 and the club’s president at that time.