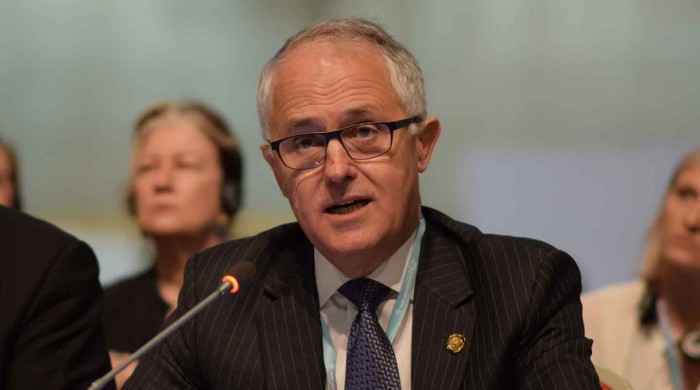 Australia will have a new Prime Minister following the dramatic leadership spill on Monday night. In the space of a few hours, Malcolm Turnbull replaced Tony Abbott as leader of the Liberal Party of Australia and became the 29th Prime Minister of Australia.

While it is easy to create caricatures out of public figures, behind every politician is a human story that is often forgotten.

Mr Turnbull is famous for his considerable wealth, but less well-known is the story of his difficult childhood.

Mr Turnbull was the only child of Bruce Turnbull and Carol Lansbury. When he was nine, Carol moved to New Zealand, leaving Bruce to raise their child by himself.

In an interview with ABC’s Australian Story in 2009, Mr Turnbull said his father never spoke badly of his mother, even though her departure created considerable financial and emotional hardship for the family.

“He did everything he could to ensure that I never thought ill of my mother, and he absolutely succeeded,” he said. “He was determined that nothing would undermine the love I had for her.”

“You could very easily have, in my situation, grown up with a burning resentment of the woman who deserted you, but I didn’t do that, and that was because of my father.”

Nevertheless, his mother’s abandonment did have a profound impact on Mr Turnbull’s life.

Mr Turnbull’s wife, Lucy, told Australian Story that her husband felt an enormous sense of grief and loss from the separation.

“He’s never sought to be an object of pity because his mother left him, and that’s certainly not how he presented it, but it was obviously, when he discussed it, a very distressing, searing, life-changing and quite shattering separation,” she said.

Mr Turnbull attended a local Presbyterian church in Randwick as a teenager, but later converted to Catholicism, the religion of his wife.

While he does not consider himself a particularly pious Christian, Mr Turnbull says he has great respect for different religious traditions.

“I think religion is very much a mystery. It’s very hard; it’s not something that’s readily rationalised. That’s why it is correctly called a mystery in the truer sense of the word,” he told Australian Story.

“I definitely believe in God. I enjoy learning more about the way in which other faiths, and other traditions within the Christian church for that matter, explore that mystery.”

One question many Australians are asking is what impact the change of leadership will have on the government’s policies.  Mr Turnbull is considered to be more moderate than Mr Abbott, especially on the issues of climate change and same-gender marriage. But he will also face pressure to maintain the confidence of his more conservative colleagues if he is to remain in office.

In his victory speech, Mr Turnbull promised to bring a more consultative style of leadership and to put advocacy ahead of three-word slogans.

The next few months will tell whether his promise holds true.