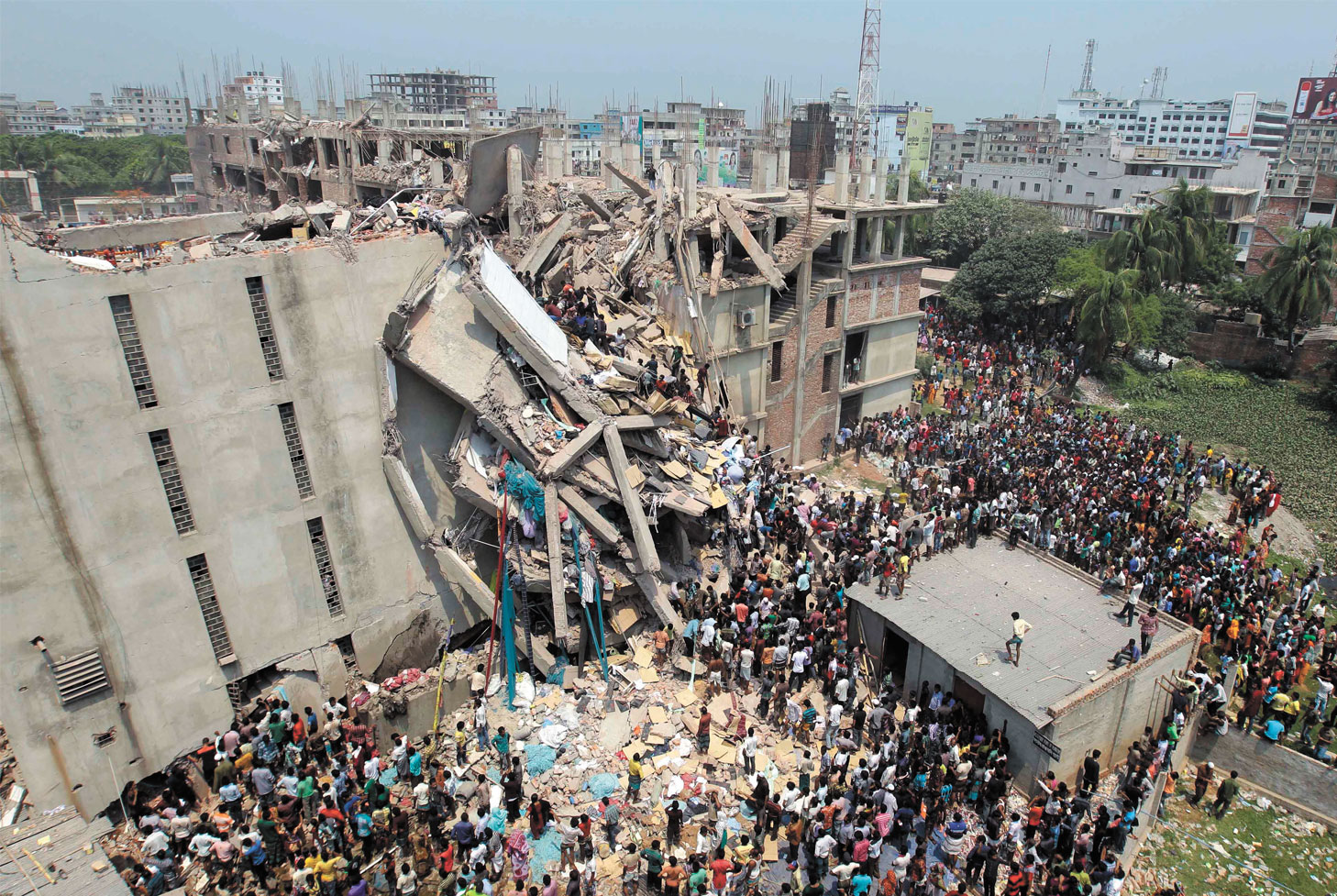 The collapse of the Rana Plaza factory in Bangladesh on 24 April, 2013, focused the eyes of the world on conditions endured by workers in developing countries. The scenes of devastation revealed the true cost of the retail bargains to the world.

While many people might have been vaguely aware that goods were manufactured overseas in less than ideal conditions, the death of 1134 people and injury of hundreds more is surely too high a price to pay.

For many years NGOs and humanitarian groups – including the Uniting Church – have been campaigning to improve conditions for workers in developing countries. The synod’s Justice and Internal Mission (JIM) unit, through its supporters, has raised awareness of slave-like conditions endured in areas such as the cotton, fishing and chocolate industries.

Mark Zirnsak, director of the JIM unit, said it is heartening to see real change occurring throughout the retail industry, as more consumers question where their goods are coming from.

One company committed to implementing that change is retailer David Jones. They recently undertook to exclude Uzbekistan cotton from their products, a step towards ensuring the goods they sell are ethically sourced.

“The commitment is very welcome and continues to place pressure on the Uzbekistan regime to end the use of forced labour”, Dr Zirnsak said.

“The JIM unit and its supporters have been asking David Jones to take this step since 2010. It is another sign that persistence in campaigning by members of the public often pays off.”

Jaana Quaintance James is the recently appointed head of the newly-formed ethical sourcing team at David Jones. She agrees with Dr Zirnsak that consumer pressure and corporate responsibility can affect real change in the way goods are manufactured.

“Investors and consumers in Australia are asking a lot more questions of brands and retailers around how we are managing these issues,” Ms Quaintance James said.

“They’re increasingly more savvy about whether our response is good enough. The media are becoming more aware and more nuanced regarding what ‘good’ looks like; certainly they are reflecting the awareness of consumers.

“Also, the non-government organisations and campaigners in Australia have been reignited. There are a lot more organisations asking questions and reporting and measuring company performance in this space.”

Ms Quaintance James has worked as an ethical consultant to global businesses and brands for more than 10 years. She said that recent moves in the Australian market are encouraging – and overdue.

“Many businesses in Australia have a lot of work to do in this area. If you look at the UK and Europe, brands and retailers are ahead in managing these issues and applying the strategies and resources needed to do this,” she said.

“We’re very excited about the potential for David Jones to influence the suppliers and the broader market in Australia around these issues. We think there’s an opportunity for us to take the lead, and we hope we can bring our peers and competitors on that journey also.”

Ms Quaintance James knows that she and her team have a lot of hard work ahead of them as they develop a five-year strategy for ethical sourcing. With more than 1600 suppliers, David Jones will endeavour to ensure consumers can feel confident items they purchase are free of forced labour.

“Building a program of this nature is extremely complex,” she said.

“We have to understand our supply chains, not just our first-tier suppliers but where things are being manufactured. We’re going to undertake traceability work through the cotton supply chain as well – where does the raw material actually come from?

“At the moment we are doing a huge amount of work to fully understand the ‘who and what and why’ of the supply chain; what are the standards that exist at present, and then finding a program and a strategy to influence those conditions.”

One of the first steps is the investigation process to determine the full picture. This means visiting the factories where goods are produced and meeting with people.

Ms Quaintance James stressed her first priority is always to protect the workers and an important part of her role is to develop good working relationships.

While the reaction of many consumers might be to boycott a product they discover is produced by forced labour, this may in fact have an adverse effect on workers, as the labour source dries up. Similarly, Ms Quaintance James feels it is better for retailers to try to influence suppliers to comply with regulations.

“Many companies freak out when they discover things that clearly don’t align with their values,” she said.

“I am quite strongly of the view that we need to be working with those suppliers to effect change. Cutting and running, just breaking off the relationship with your supplier actually reduces the impact you can have – it means you have no voice.

“We would retain the commercial relationship initially and enter into a mediation process – work with that supplier over a period of time to try and implement change. If the managers of the company don’t seem to be trying to implement change that is when we would be looking at whether this is a company we really want to work with. But certainly in the initial period we would be sticking around to try to have a positive impact for workers.”

The complexity of the work involved in establishing ethical supply chains is daunting, but Ms Quaintance James is both practical and passionate about her work. She believes the work already undertaken by groups such as the Uniting Church will be valuable to David Jones as the values such organisations endorse are very similar to her own.

“The reason I work in this area is because I care about social justice and decent conditions for workers. Social justice issues have always sat well in the church, so it isn’t a surprise to me that our values align.

“Mark Zirnsak and I participate together on the Attorney General’s working group on human trafficking and supply chains.

“We’ve invited Mark along with NGOs such as WWF, World Vision, Baptist World Aid and others to participate in an engagement session as we develop our first five year ethical building strategy.

“That will be great in terms of us talking about what we might be doing and testing it with the NGOs.”