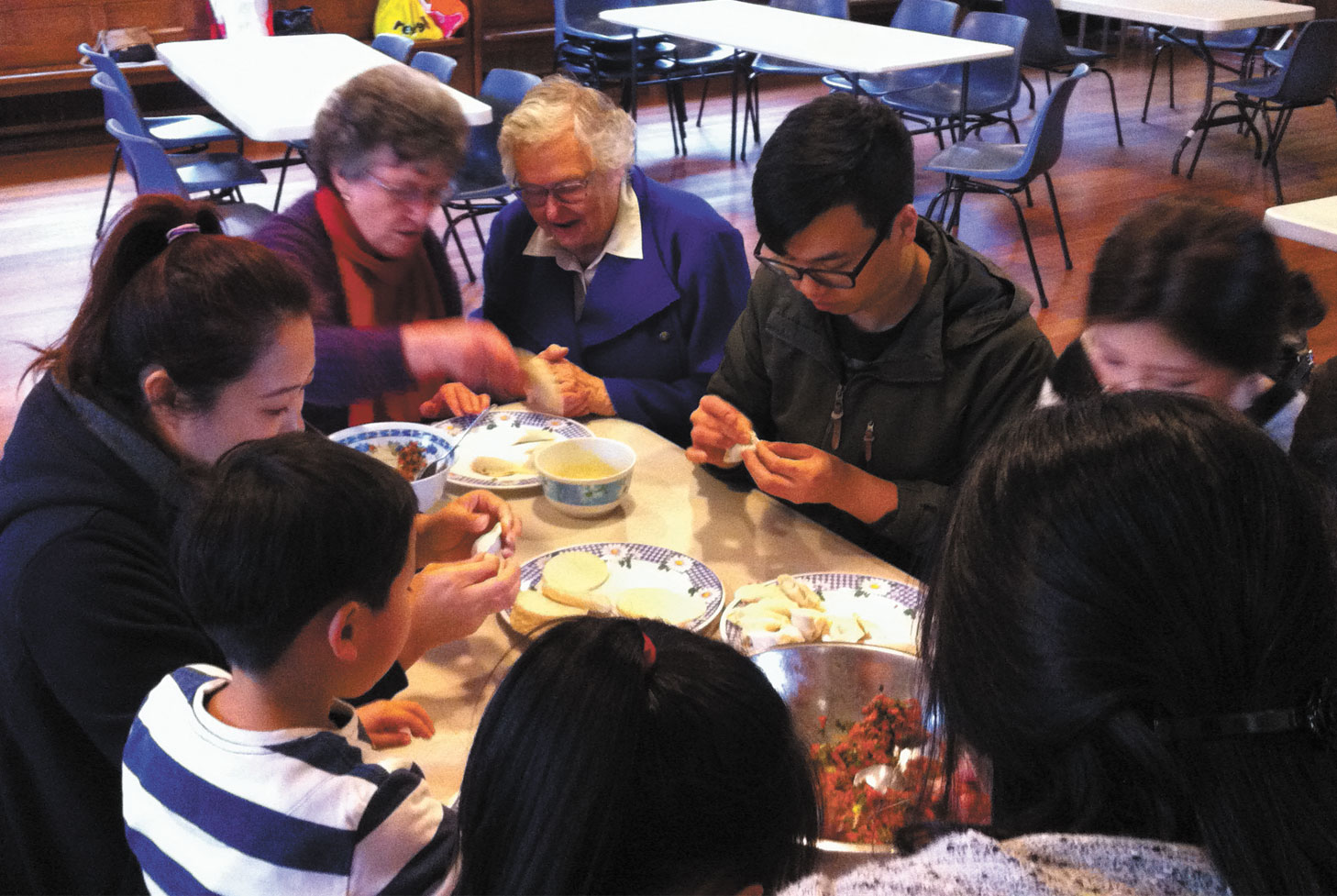 The Uniting Church in Australia has been committed to being a multicultural Church for the past 30 years.

At the 4th National Assembly in 1985, the Church stated: “The Uniting Church in Australia is a multicultural Church.”

As one of the first churches in this country to make this commitment, great strides have been made to achieve the stated aim.

Rev SweeAnn Koh is the director of the synod’s newly named Intercultural unit. He felt that a name change was important as it reflects the aspirations of truly valuing all of the cultures that make up the Church.

“At the last Synod meeting, I raised the issue of moving our conversations from being a multicultural church to becoming an intercultural church,” Mr Koh said.

“We are a multicultural church that is reflected by the ethnic diversities in the membership of the Church. However, we are yet to become an intercultural church – a church where each person would feel a deep sense of belonging, each could fully be oneself and not have to defer to what is considered ‘normal’.”

Historically, for many within the Church ‘normal’ means Anglo and anything else is considered ‘other’. While many different cultures and language groups make up the Uniting Church, these groups have often been expected to fit in with long-held traditions, in the process losing their ethnic identities.

“In an intercultural church people still retain their ethnic and cultural backgrounds, they are not assimilated by the dominant culture,” Mr Koh said.

“In an intercultural church, congregations from diverse ethnic and cultural backgrounds come together and create a Third Space. In the Third Space, diverse members of the Body of Christ, together intentionally engage in mutual recognition, respect, and understanding of difference. Through intentional self-examination they build deeper relationships and form equitable excess to power.”

Mr Koh uses the example of Jesus’ encounter with the Syrophoenician woman to illustrate what a truly intercultural relationship would look like in the Third Space.

“The encounter between the Syrophoenician woman and Jesus, a Jewish man is a powerful intercultural story.

“Jesus and the Syrophoenician woman engage one another in conversation despite their profound differences and the presence of political, cultural and religious boundaries.

Mr Koh believes this story highlights the benefits of engaging with others on a deeper level. Rather than trying to assimilate or dominate, both meet as equals and respect the other’s values.

“Ideological conflicts between these two individuals and the communities they represent have not disappeared, nor are they swept under the rug,” Mr Koh explains.

“Jesus does not object to the Syrophoenician woman’s right to represent herself on her own terms. This text demonstrates what may happen when space is made for conversation with one who is truly other.”

Dominant cultures within the Church attempting to assimilate other cultures is one area that needs to be addressed if the Church is to become truly intercultural. Another is what Mr Koh calls the ‘Silo’ mentality. This occurs where two cultures exist side-by-side in one Church, but each retain their separate identities, rarely mixing socially, emotionally or theologically.

“Silo-mentality congregations often remain within their own walls and operate as if they are the only, or most important, part of the Body of Christ,” Mr Koh said.

“One of the dominant features of many country towns in Australia is a group of wooden, steel or concrete towers called silos. They stand out in the distance. Silos are commonly used for bulk storage of produce such as grain, coal and sawdust. In short they are big containers.

“These silos often remind me of the many silos within our multicultural church, congregations existing side by side (Indonesian, Tongans, Anglos etc.) and have nothing much to do with each other.

“The Body of Christ is greater than each individual congregation or faith community. We need each other, for we are the threads, fibres, cords, yarn, filaments, twine, and cables that the Master Weaver (God) wants to interlace together, not remain separate strands.

“What can we do to break down the silos within our Church? The answer is deceptively simple: become an intercultural church.”