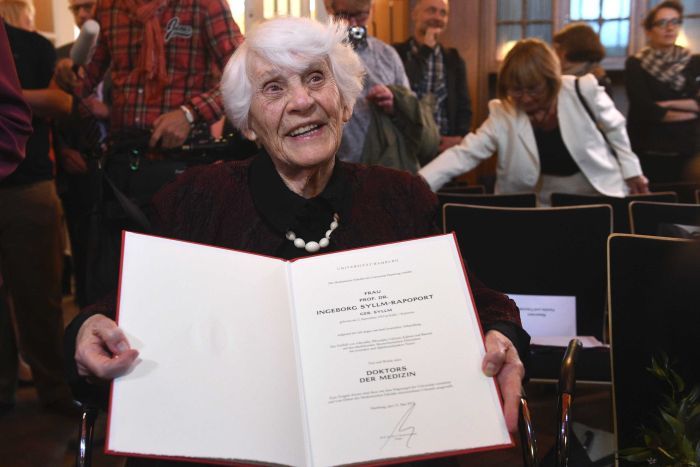 A 102-year-old German woman has received her doctorate nearly 80 years after the Nazis prevented her from sitting her final exam.

Dr Ingeborg Syllm-Rapoport is believed to be the oldest person in the world to be awarded a doctorate. She originally completed her thesis on diphtheria in 1938, but the Nazi regime prohibited her from sitting an oral exam due to her Jewish ancestry.

The University of Hamburg presented Dr Syllm-Rapoport with a doctorate after she successfully completed her final oral exam.

In her acceptance speech, Dr Syllm-Rapoport said she had completed her degree on behalf of those who suffered during the Nazi regime.

“For me personally, the degree didn’t mean anything, but to support the great goal of coming to terms with history – I wanted to be part of that,” she told public broadcaster NDR.