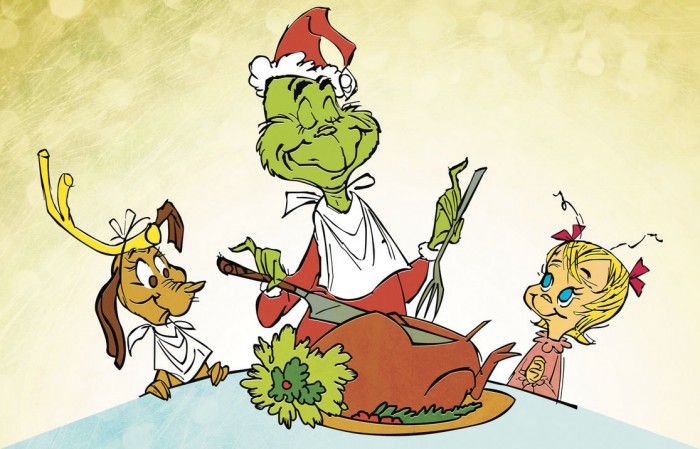 Just after the Melbourne Cup weekend we’ll start to see decorations for Christmas appear in shopping centres, followed not too long after by playing of Christmas carols. All designed to massage the general public into the mood for that great big cultural event we call Christmas.

In Australia, we associate that magical term  – Christmas – with events like the end of the school and calendar years; the beginning of the summer holiday period, the coming of a new year and the commercial frenzy that accompanies a season of celebration and gift-giving.

If you ask people what Christmas means to them the answers are likely to be: Christmas is a family time; Christmas is for children; remembering family and friends; giving and receiving gifts; Santa Claus; Christmas Trees; the birth of Jesus; eating and drinking; summer holidays; the Boxing Day Test.

Most of the elements associated with Christmas in the western world, have their origins in secular customs or as a response to pagan rituals. The date of Christmas was chosen to counter the pagan festivals of the northern winter solstice.

So too, the use of evergreen trees and coloured flowers and the Christmas tree itself are relics of pagan rituals. The drinking, storytelling and feasting around the fire on which a Yule log burned was to celebrate and brighten the long days and nights of the mid-winter festival. For some people in Australia this mid-winter  festival is still the ‘real’ Christmas.

During the Christian era there has always been dissension between those who thought that Christmas should be celebrated as a day of prayer and worship and those who felt it was a time of holiday-making and feasting.

The Church has always struggled to find an appropriate way to celebrate Christmas in the midst of powerful cultural stories, myths and customs.

I propose that we borrow a metaphor from a book by Dr Suess, How the Grinch Stole Christmas.

The Grinch, for me, is western culture “with a heart two sizes too small” who wants to steal Christ-mass from ordinary people for commercial purposes. For at the heart of Christ-mass is the Christian conviction that in the birth of Jesus in that cattle stall God is revealed.

God condescends to enter into human life and history to renew creation from within.

Our society makes a huge investment in Christmas as a cultural and commercial event. We mythologise the event and create a celebration founded on untruths, false promises and a denial of reality. The myth of Santa Claus is but one of them.

I propose that we recognise Christmas has become a new religion in western culture, the religion of consumer capitalism with its mantra of ‘spend, spend, spend’, facile ceremonies of sentimental religiosity, and customs empty of true significance.

I know I run the risk of appearing to be the Grinch himself. Or perhaps a modern incarnation of the English Puritans, who were so convinced that Christmas had become paganised they turned it into a normal work day.

But I am no Scrooge shouting “Bah, Humbug!” at people’s celebrations. I acknowledge there are good things that happen at Christmas time. Families getting together across distances; celebratory meals; thoughtful gift-giving; holidays – I’m not against summer holidays either. But these things happen almost in spite of, not because of, Christmas.

I would like the Church to recognise our current cultural context and the ways in which we have silently succumbed to its assumptions. I believe we need to act to recover the essential meaning of Christ-mass theologically, liturgically and missionally. The world needs the story of Christmas as Christian faith understands it, to counter the world’s conflict, violence and idolatries.

Christians claim that in Jesus we see God. So how does this God in human form exercise his power and authority? This is a very important question for our culture.

Jesus sides with those who have been excluded and marginalised by the prevailing religious-political order. He shares food with the hungry and with sinners. He brings healing to the sick and hope to the broken. He announces forgiveness and restoration. He dubs the ruling oligarch, Herod, an ‘old fox’. He turns the tables on the money-changers in the temple. He calls on his followers to become peacemakers and even to love their enemies, and in his last recorded instruction to them, in the face of execution, declares, “Put away your sword” (Matthew 26.52).

What does this mean in a time of heightened security alerts?

It is this Jesus, iconic bearer of God’s indelible image on humanity, who is born for us at Christmas, and who is affirmed not by overwhelming force or by the triumph of the Christian tribe over others, but by the power of humble life defying the culture of death.

In a world of poverty and inequality, environmental degradation, mass violence, deadening consumption, and crippling fear of ‘the other’, the litmus test of Christian belief in the west is therefore not to be found in desperate acts of self-assertion, attempts to defend the club, wave the cross like a flag or to feel victimised every time we are challenged.

Instead it resides in open-handed living, in the cultivation of the way of the Prince of Peace, in hospitality for the stranger, in solidarity with the weak and in a refusal to submit to the powers-that-be.

The message of Christmas needs to be preached and enacted in the lives of Christians against the cultural Christmas. What is at stake in this, as in all Christian proclamation, is the nature and purpose of God in this world.

If the object of our devotion is ourselves writ large, we will be prone to flights of egotism which will cause untold harm to others and ourselves. Likewise, if our God is an illusion, we will be prey to private fantasy. If our God is a tyrant, we will end up baptising tyranny. And if our God demands blood, we will sanction killing as necessary or even holy.

And lest we western Christians think we are off the hook on this, George Bush notoriously said that God told him to invade Iraq. The hallowing of gods who are actually life-destroying idols is challenged by the God revealed in the birth of a child of poor parents in Bethlehem. This is what should inform Christians in their celebration of the Feast of the Incarnation.

What would a counter-cultural Christ-mass look like is a question I put to Crosslight readers. I would like to hear what Christian communities are doing to challenge a custom so powerful in our culture it is almost sacrosanct.