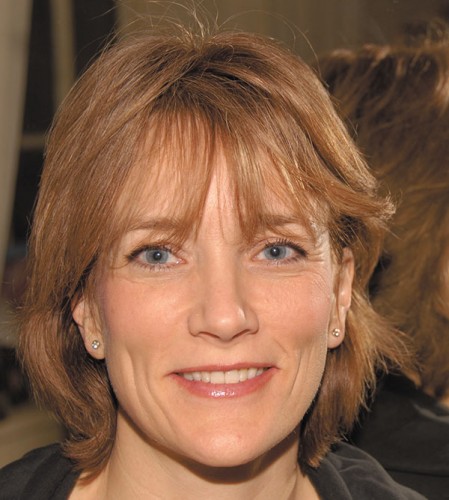 In a time of constant change – of extremist groups using social media to capture world attention; of religion, politics and power combining into a volatile cocktail threatening to redefine the Middle East and beyond – we need independent, reliable information.

The ABC is one place to which Australians have turned for dependable and informative news and current affairs.

Its Charter, defined in the Australian Broadcasting Corporation Act 1983, sets out its three prime functions: to provide within Australia innovative and comprehensive broadcasting services of a high standard; to transmit to countries outside Australia broadcasting programs of news, current affairs, entertainment and cultural enrichment; and to encourage and promote the musical, dramatic and other performing arts in Australia.

However, it appears our ABC is under threat. The Federal Government has made clear that the ABC will be targeted for significant funding cuts. What these cuts will look like is still unclear, with the final decision resting with the Government’s Expenditure Review Committee. An announcement is expected in the middle of this month.

In the meantime, the voices of key ABC staff are becoming louder as they seek to engage the general public in what they regard as a serious assault on its current and future programming.

ABC managing director Mark Scott, AO, in a public address at the University of Melbourne in October, spoke passionately of the “… national asset, long loved and nurtured down through the generations.

“If you love and care for the ABC,” Mr Scott told the audience, “if you support and want it to remain strong, robust and relevant within Australian life – and if you read the headlines – then you will know these are uncertain times for the ABC.”

According to Mr Scott, more than  70 per cent of Australians over 18 use the ABC each week, and he outlined the various platforms in which those Australians engage with the media corporation.

“More than 30 smartphones and tablet apps with around two million users each month and the ABC flagship, radio and iview consistently top of the charts for both App Store and Google Play.”

Within all of that, there are five radio programs dedicated to religion and television show Compass.

Crosslight spoke with the executive producer Religion of ABC Radio, Jane Jeffes (pictured), about the role these programs play in informing debate and adding value to who we are as a society.

“If you wrote a list of the things that have played the greatest significant role in shaping who we are culturally, religion would come out top of that list,” Ms Jeffes said.

“The mess of life is where religion is.

“That makes it so exciting.

“[Religious programming] enables us to have a conversation and to be able to reflect on it and to engage the people for whom religion, or being religious or having a faith, is not part of their day-to-day life.

“That’s the sort of role that religion plays.

If you have never listened to any of the religion programs aired on the ABC, a quick look on the website reveals the breadth of subject matter and the depth of engagement.

Encounter, a one-hour program that examines the intersection between religion and life, has recently wrestled with a philosophical discussion on the impact of evil on our world.

Titled ‘God, good and evil’, it posed the question to listeners: Has the 20th century left Western society so overwhelmed by the threat of evil that it can no longer imagine the Good?

Last month Professor Clive Kessler, an anthropologist from the University of NSW and Professor Sahar Amer, chair of Arabic and Islamic Studies at Sydney University debated the topic ‘Does Islam promote violence?’ on The Religion and Ethics Report.

One day after the former prime minister’s death, the same program discussed ‘Religion in the downfall of Gough Whitlam’.

Ms Jeffes believes programs such as these add context, depth and complexity to many stories on the national and international agenda.

“I think religion is absolutely at the heart of national and international debate,” Ms Jeffes explained.

“I don’t think it is possible to try and understand or be part of, or to foster a multicultural society without understanding the religions involved in that multi-cultured world.

“Mostly culture arises from time, place, tribal ties and religious and social traditions. “If you have no understanding of those religious traditions or of those beliefs – where they come from, what they have been through, where they see themselves now, where they hope to be in the future – then there is no way you can really understand the dynamics of multiculturalism.

All ABC staff have been encouraged to continue doing what they are engaged to do – make great programming – despite the imminent threat of significant budget cuts. However Ms Jeffes cannot help but be concerned for the future of the programs she is in charge of.

When asked what it would mean for our society if the last remaining space in mainstream media dedicated to questions around religion and ethics was to be axed, Jane’s response was “it would be deeply impoverishing”.

“We would be failing to have a conversation that actually helps us to understand who we are, what we are and the roles that we have to play.”
Jane, like her boss Mark Scott, knows that once a program is gone, it is very difficult to resuscitate it. And she is keen for those who care about national debate to stand up and be counted.

“If these programs disappear, the kind of debate we are left with is the sort of thing you hear on talkback radio. Shock jock stuff!”

Whilst Mr Scott did not discuss shock jocks in his presentation at the University of Melbourne, he did remind the government that the ABC is the most trusted and respected media organisation in the country.

“Perhaps one of the greatest lessons of the ABC’s history,” he said, “is that while governments have come and gone, public affection and respect for the ABC has lasted and prevailed.”

And while both were happy to discuss how lean the ABC is, the bigger question is ‘are we getting value for our eight cents a day’?

Do we need an independent media, with a mandate to broadcast programs that contribute to a sense of national identity and reflects the cultural diversity of the Australian community. Both Mr Scott and Ms Jeffes believe we do, and that it is definitely worth fighting for.

The five dedicated religion programs aired on the ABC are The Spirit of Things (RN), The Rhythm Divine (RN), Encounter (RN), The Religion and Ethics Report (RN) and ABC Local Sunday Nights. If you wish to join the action to halt the erosion of funding to the ABC, GetUp! has an online campaign: https://www.getup.org.au/campaigns/media/no-cuts-to-the-abc-or-sbs/abc-under-attack-sign-the-petition