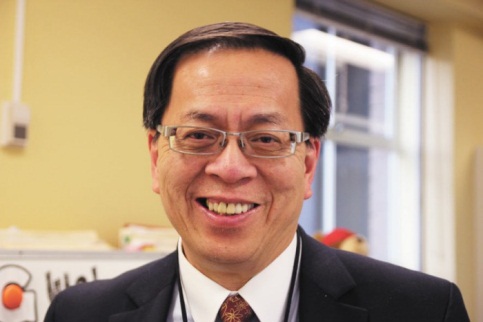 What is Postcolonial Theology (PCT)? Why does the Church need to consider it? How does colonialism affect our readings of the Bible? These are questions we face, since in our postcolonial world, many colonial attitudes still survive within our Church. In this context, colonialism is a view in which one culture claims superiority and perhaps dominance over another. The Assyrians, the Romans and the British Empire exemplify this view.

A famous quote from the highly revered Bishop Desmond Tutu may give western readers pause to reconsider the colonial era and the assumptions the church brought to it: “When the missionaries came to Africa, they had the Bible, and we had the land. They said, ‘let us close our eyes and pray’. When we opened them, we had the Bible, and they had the land.”

Steve Hu, from an evangelical American context, challenges us to recognise we still have to attend to colonial issues today: “Until theologians can engage and listen to multiple perspectives and utilise post-colonial insights, our theological enterprise will remain provincial at best, with our theologies developed only for the Western ghetto. Such theologies will also be powerless to speak to the contexts of our globalised world.” (Online ISAAC Blog)

An online search reveals that PCT has its own Facebook page. No wonder, since it is an arena crucial to the lives of marginalised people across the world, as David Bradnick explains in his definition:

“Postcolonial theology is an academic discipline within religious thought whereby structures of power, dominant systems, and embedded ideologies are examined, critiqued, and negotiated in order to make social transformations that recognise and validate the perspectives of marginalised peoples, cultures, and identities.”

Motivated by a concern for the marginalised, within and outside our church, the Cross Culture Mission and Mission (CCMM) unit  led a four session workshop in May this year at Fairfield Uniting Church – Postcolonial Theology 101. Around 25 attended. Rev John Rickard (formerly with Congress) and I facilitated the sessions. There was much dynamic interchange.

The discussion opened up a radical examination of the default theology and strategy we bring to Christian mission. The experience of Indigenous peoples, in Australia and in other colonised lands, was at the heart of the reflection. Do we need to reconsider the assumption that there is an ‘orthodox Christian theology’ that applies across varying contexts and cultures? Does a true gospel understanding require pluralistic theological formulations?

Such questions will be further explored at the annual retreat of the CCMM unit under the theme: ‘Decolonising the Bible and Christian Theology’ with keynote speaker Professor R. S. Sugitharajah.

Sri Lankan born Sugirtharajah is Professor of Biblical Hermeneutics, Department of Theology and Religion at the University of Birmingham, and is well-known as a pioneer in postcolonial readings of the Bible. His most recent publications include Exploring Postcolonial Biblical Criticism: History, Method, Practice and The Bible and Asia: From the Pre-Christian Era to the Postcolonial Age.

It seems significant that the challenges of postcolonial theology are of special interest to biblical scholars, not just to theologians per se. Over 150 years, the realm of biblical studies has greatly broadened and deepened. It now embraces historical and textual examination, sociological insights, literary analysis and reader response theory. We may now view a sacred text as an invitation to a conversation.

The conversation links in a fruitful way the canonical element of the text and the contextual element of the reader’s situation. For these reasons, biblical hermeneutics (the science of interpretation) is especially suited to respond to the challenge of PTC. To the extent that biblical studies gives special attention to faith expressed through story, it may serve to balance the tendency of theology per se to express faith through categorical propositions.

For the same reasons, biblical hermeneutics can respond openly and fruitfully to the concerns raised in the arena of postcolonial theology. This observation is far from theoretical, as in recent decades, biblical scholars of previously colonised nations have been reviewing Bible translations inherited from an earlier missionary era, with a view to updating them. Using the methodology of dynamic equivalence can help to avoid inadvertently imposed culturally relative translations. A postcolonial awareness is valuable in this task.

Steve Hu does not hold back in his challenge to ‘traditional’ European theology when he identifies the way in which it sometimes marginalises the postcolonial viewpoint by the label ‘third world theology’. “The theologian who employs Western categories is often blind to such colonialism,” Hu says, “and the theologising that he (sic) practices is all but irrelevant to the colonised”.

This is a challenge to all of us who understand that we too have been colonised – colonised by our western theological heritage. We may need the liberation that postcolonial theology offers.

To meet this challenge, Hu looks to the Christ who was fully embodied in a particular cultural context but was also an outsider to the roundtable of privilege and power that he challenged. The story of the Christ as God in Man embodies the key elements of the postcolonial: contextuality, marginality, and hybridity.

In his nature, the Christ represents  the multiple identities we experience, not least the indigenous plus western identities of postcolonial theologians. KOH Swee-Ann Director Cross-cultural Mission and Ministry Unit You are welcome to join the retreat at The Holy Cross Centre, 207 Serpells Road, Templestowe; Monday – Tuesday, 18 – 19th August 2014. To register, contact Robyn Hosking 9251 5271