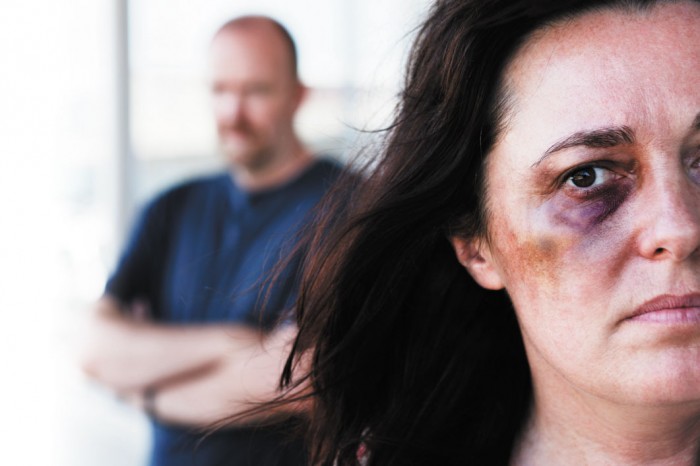 These are just four headlines relating to events of violence against women and children that occurred somewhere in Australia in February.

The first involved a young woman trying to defend her mother against a violent and drunk stepfather in Logan in Queensland. The second is the horror story which rocked Victoria when a father – who had five outstanding arrest warrants – killed his son during an access visit in a highly public place (junior cricket training) in Tyabb.  The other two headlines are sadly self-explanatory.

Also last month, Sydney man Simon Gittany was sentenced to 26 years in prison after being found guilty of murdering his fiancé, Lisa Harnum in 2011. The court had heard that Gittany was a jealous controlling man, prone to rage, who had dragged Ms Harnum from a lift and thrown her to her death from the balcony of their high-rise apartment.

Intimate partner violence is a serious, often undisclosed issue in Australia, far more complex and insidious than the shocking headlines which grab our attention as we get our daily dose of news over the breakfast cereal. The statistics are chilling.

One in three women has experienced physical violence and almost one in five has experienced sexual violence since the age of 15. According to The National Plan to Reduce Violence against Women and their Children, for certain groups, these statistics may be much higher.

Throughout the year 2012/13, in Victoria alone there were 25,574 family incidents attended by police which resulted in charges being laid against one or more parties, a 42 per cent increase from the previous year (Vic Police).

Figures obtained from the Department of Police and Emergency Management (DPEM) in Tasmania indicate that instances of reported family violence have decreased throughout the past five years. In 2008/9, 3,452 family violence incidents were reported. In 2012/13 this figure had dropped to 2,254.

Perhaps these figures are an accurate reflection of the situation in Tasmania, but this trend is rather surprising given the rise in family violence in all other states throughout Australia. It should be noted that under Tasmania’s 2004 Family Violence Act, family arguments are not classified as family violence. And it is worth remembering that most studies estimate that up to 60 per cent of domestic violence is unreported.

Whatever language we may use –  domestic violence, family incidents, intimate partner violence (see box for definitions) – the voices coming from women’s support groups and the police make clear that this assault on women is a national crisis requiring a nation-wide commitment to change.

In February 2011, the National Plan to Reduce Violence against Women and their Children 2010-2022 (the National Plan) was announced by the Federal Government and all state and territory governments have committed to it. This bipartisan 12-year project has the long-term goal of a significant and sustained reduction in violence against women. It targets two main types of violence: violence in the home and sexual assault.

Communities are safe and free from violence
Relationships are respectful
Indigenous communities are strengthened
Services meet the needs of women and their children experiencing violence
Justice responses are effective
Perpetrators stop their violence and are held to account.

Its plan is to coordinate actions across jurisdictions; focus on prevention of violence; have a long term approach to building respectful relationships and encourage behavioural change.

By putting a lengthy timeline to it, our governments are saying this is a serious problem that needs serious and multi-levelled responses, proper research, good metrics, strong alliances with grassroots agencies, clear outcomes and deliverables. Our nation is embarking not on a sprint, but a marathon to bring fundamental change to the gender equity of all our communities.

Is this a pipe dream? Is this the role of governments? Governments enact policy which can push change, but significant behavioural change will need much more than government will.

The first part of the four, three-year plans – Building a Strong Foundation – has already concluded. As the name states, its aim was to lay a foundation for long-term change in achieving a significant and sustained reduction in violence against women and their children.

Some of the initiatives of the first plan include the establishment of: the Foundation to Prevent Violence against Women and their Children (Foundation – www.preventviolence.org.au); the National Centre of Excellence to Reduce Violence against Women and their Children; 1800RESPECT, a national telephone and online counselling service; DV-alert, an accredited training program to equip people with skills to assist those experiencing intimate partner violence.

The inaugural CEO of the Foundation, launched last year jointly by the Federal and Victorian Governments, is a man well known to the synod, Paul Linossier. Mr Linossier has spent most of his career working in the child and family sector of social services, including

Harrison and Kildonan UnitingCare agencies. He is the author of the report, A common sense of purpose: The Rejoining of word and deed (1994), commissioned by the Commission for Mission.

Mr Linossier says, in public policy, the window opens and you have to push through as much as you can while it’s open because you don’t know when it might close.

“There is, across the country, a growing movement that recognises first of all that there is an increasing demand for services and there needs to be a much stronger public discussion about what are the circumstances that drive men to commit violence against women and their children.”

Mr Linossier says we need to understand how deeply embedded this is in our cultural framework: “It will take a generation to effect the changes that we want.”

“The key question becomes how do you change those core values and beliefs and attitudes that underpin the behaviours?” Mr Linossier explained from his small office in the Queen Victoria Women’s Centre in Lonsdale St, Melbourne.

“Because without a change to those social determinants, without moving beyond dated stereotypes of women, without being able to rethink what it means to be a man, how it is to express your masculinity, without really genuinely engaging in the gender equity debate and equality in the workplace and in society, you are not going to attend to the heart of the issue.”

Police are often the first people to become involved in intimate partner violence. In the past police have had a reputation for not responding quickly to call-outs relating to domestic violence and being unwilling to get involved. This has been changing in Victoria over the past several years with the 2009 launch of the Living free from violence program.

Speaking to the National Press Club in Canberra in November 2013, the Victorian police chief described intimate partner violence as one of Australia’s ‘filthy little secrets’.

“First and foremost, violence against women is a cultural issue, and underpinning it is misogyny,” Mr Lay said.

Another public figure, Charlie Pickering – comedian, writer and host of the television show, The Project – doesn’t mince words when speaking and reflecting on this issue.

If this (the deaths of 70 women each year as a result of domestic violence) were a bus route killing pedestrians, there would be an inquiry. If it were a level crossing causing accidents, it would be closed and politicians would lose their jobs over it.

Mr Pickering has vowed to use his position as a media figure to shine the spotlight on this secret hidden epidemic. He has also urged men to take the oath prepared by White Ribbon (the male-led campaign to end violence against women), never to commit, excuse or remain silent about men’s violence against women.

We should welcome the bipartisan involvement of our national and state governments as it also means our politicians have signed up to a cross jurisdictional approach. Reducing violence against women and children needs commitment from housing, children, community services, policing and justice portfolios. Specific population groups are more at risk and have been specifically named as a priority for the National Plan. These groups are women with disabilities, newly arrived communities and Aboriginal and Torres Strait Islander communities.

The National Plan will also work closely with social reform agendas already in place, such as the National Binge Drinking Strategy; Domestic Violence – Workplace Rights and Entitlements Project; Closing the Gap on Indigenous Disadvantage and the National Partnership Agreement on Homelessness.

Mr Linossier says it is vital that the current momentum does not burn brightly for a few years and then disappear.

“We don’t want a flash in the pan. What we need is an educative campaign that is sustained over time and that invites people to engage…and to say personally and as a community and collectively this is the world we want to live in. This is the Australia for the next generation.”

For the Foundation this means putting in place three core elements to enable it to drive cultural and attitudinal change from the ground up.

Mr Linossier believes they first need a clear and public statement of direction and priorities, including their rationale – what he describes as the strategic plan. Second, the Foundation needs evaluative skills and competence to ensure that everything they do can be ‘put under the microscope’ and is tested. And third, to develop a broader base of ownership for the organisation.

At the moment only one state government is signed up, but Mr Linossier is confident that, over time, the other states and territories will come on board. The organisation also wants to develop strong partnerships with the corporate sector.

The Foundation chairperson is former Democrats leader Natasha Stott Despoja AM, who was also recently appointed as Australia’s ambassador for women and girls. Ms Stott Despoja says the Foundation’s work will traverse geographic, demographic and cultural borders in order to reach a cross-section of the population, including communities in which women and their children can be especially vulnerable to violence.

Speaking at the time of the Foundation’s launch, the new chairperson said that the biggest risk factor for becoming a victim of sexual assault, domestic or family violence is simply being a woman.

What role does a faith organisation play in influencing people’s fundamental beliefs about gender? Mr Linossier believes that the broader institutions need to be part of any change program. He says these are where we see our values form.

“I am just starting out, but as I come to know the work in a whole range of communities we will find both the best practice examples of community led action and the challenges and opportunities for their faith leaders.”

For Mr Linossier, while the task ahead is significant, the desired outcome is simple.

“It’s about people as citizens. It’s about our humanity not being weighted differently because of our cultural background, gender or sexual orientation. It’s about recognising our common humanity and our common and shared citizenship and building a society that cherishes it.

“When we have that, there will be gender and cultural equity.”

March 8 is International Women’s Day. Let us pray that on March 8 2025 we will not need to write articles such as this.

Both men and women were unlikely to report their most recent incident of physical assault by a male to the police.

Experience of emotional abuse by a partner**

Women were more likely than men to have experienced emotional abuse by a partner: 25 per cent of women compared to 14 per cent of men.

*The ABS define sexual assault as “an act of a sexual nature carried out against a person’s will through the use of physical force, intimidation or coercion”. Sexual violence is defined as including sexual assault and sexual threat.

** For the first time in this survey the ABS collected information on the prevalence of emotional abuse by a partner – this includes things like psychological and financial abuse.

From the ABS 2012 Personal Safety Survey